'For Better', for best 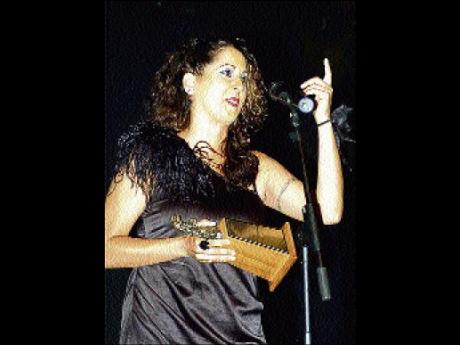 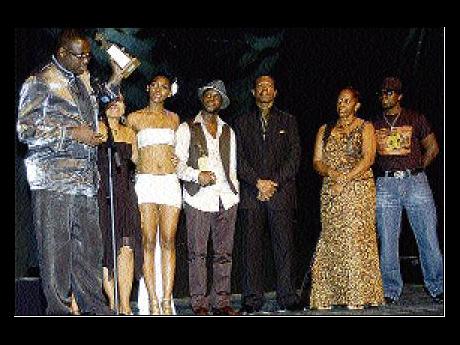 Basil Dawkins (left) and the cast of 'For Better or Worse' at the 20th staging of the Actor Boy Awards at the Courtleigh Auditorium, St Lucia Avenue, New Kingston, on Monday night. The play won for Best Drama, Best New Play and Best Production. - Photos by Winston Sill/Freelance Photographer
1
2

'For Better or Worse' was announced "for best ..." over and over again at the 20th Actor Boy Awards, especially in the later stages, on Monday night at the Courtleigh Auditorium, New Kingston.

Presented against a spare stage to a smaller and far less vociferous audience than 2009 (the hollers and hoots from various camps were missing) in its notable anniversary year, the 20th Actor Boy Awards did not have the crowd support, snap and sizzle to give it the sense of landmark occasion. However, with Fae Ellington onstage, sitting beside the costumed dancer she dubbed 'Cuckoo', and tossing out quips at will as Andrew Lawrence handled the announcements, as well as the replies of the various awardees, some presenters' comments and the play excerpts, it was certainly not a dull affair.

The most extended and deep-felt reply came from Jean Small, who received a Special Actor Boy Award for Excellence in Theatre for her 50 years contribution. After a dramatically presented citation, marshalled by Carolyn Allen, along with Christine Ann Bell, Grace McGhie, Leonie Forbes and member of the University Dramatic Arts Society, Small put the award in the context of a sense of belonging.

"When I write my memoirs, as it's fashionable to do these days, I will mention tonight as an extraordinary, exhilarating moment in my life," Small began. She said that it was extraordinary because of all the years of silent interrogation about where she belongs - Australia, Nigeria, Jamaica, her birthplace Guyana. However, she said, "tonight you have given me a place in the family of Jamaica's theatre practitioners".

"You have welcomed me into the bosom of the family of thespians and I appreciate that ... . You have, in fact, defined me," she said. Small later said, "I appreciate the fact that you have your ears to the ground ... . I have been working in theatre all the time, but it is not out there, it is not seen".

"I thank you all tonight for accepting me as part of your troupe. You are one troupe of actors," she said.

In accepting individual awards, Terri Salmon thanked Brian Heap as her first director, and Rodney Campbell encouraged those who have the experience to teach the younger ones, and those "younger ones who swear you reach, because you do two productions, reach out to the older ones". Khan said it was a pleasure kissing Clive Duncan every night, remarking on his lips - to which Fae Ellington commented "slacker!" Christopher 'Johnny' Daley noted that he has always known that he is a part of the theatre family, which has always embraced him.

Douglas Prout held up his trophy and said, "Finally! I suspect I may have worn out the judges", going on to thank Dawkins for taking a chance and David Tulloch for always encouraging him. And in accepting the night's final award, Dawkins said, "This was, to put it mildly, a risky project. It's the kind of play, if it's not carefully put together, could easily become a slack play. Douglas Prout had the sensitivity to make the issues in your face, but not in your face."

The night's cute moment was the cherubic lads of the Calabar Jr High Ensemble doing the history of 'so-real' and Anancy, Digicel 2007 Rising Star winner, Cameal Davis joining them in song.

Pirate Jack took the Special Effects and Costume awards, while Beauty And The Beast was the sole nominee and automatic winner of Best Children's Theatre. Members of the Jamaica Youth Theatre paid tribute to those gone by, including Albert Huie, Wayne Brown, Trevor Rhone, Rex Nettleford and Noel Vaz.