Your health is in your hands 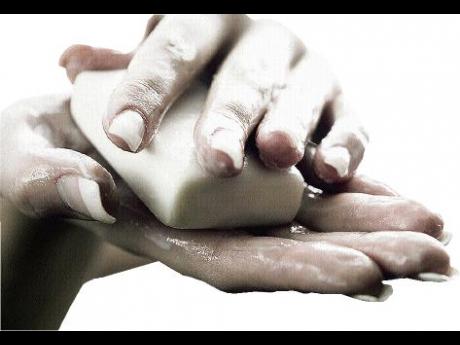 The number of gastro-enteritis cases has increased by about 30 per cent over last year. Most of these cases are children under five years old.

Gastro-enteritis is an inflammation of the gastro-intestinal tract. Viruses and/or bacteria infect the system and inflame the lining of the stomach and small intestines. Nausea and vomiting, fever and headache, loss of appetite, cramping belly pains, excessive bloating and running belly (diarrhoea) begin within hours.

While we lose body fluids through watery diarrhoea and vomiting, electrolytes like sodium, potassium, chloride and bicarbonate leave the body too. Electrolytes are essential to maintain heart rhythm, blood pressure, muscle contraction and nerve impulses. Electrolytes should remain constant and should not fall below a certain level but where there is gastro-enteritis, there is the potential for excessive fluid and electrolyte loss (dehydration), possibly resulting in death. Children and older folk are vulnerable to dehydration.

Viruses like norovirus and rotavirus are the usual suspects in gastro-enteritis but bacteria like salmonella, shigella and Escherichia coli (also called E-coli), as well as parasites are often responsible. We must focus on the hand since it is a common medium for the transmission of these germs. Germs spread themselves through the air, unclean hands to mouth, unclean hands preparing food, people consuming contaminated water or improperly prepared food.

The hands spread about 80 per cent of common infectious diseases. After using the toilet, shaking someone's hand and changing diapers, it is important to clean your hands. The scarcity of water creates difficulty with sanitation and hygiene. Improved hygienic behaviour such as hand-washing with soap and water is important in reducing the spread of infections, especially before food preparation.

Where there is no water, alcohol-based hand-sanitisers are an excellent alternative. This antiseptic is only effective in killing germs when the alcohol content is 60 per cent or higher. When shopping for hand-sanitisers look at the active ingredients to ensure that the product has 60 to 95 per cent of alcohol, ethanol, ethyl-alcohol, isopropanol or isopropyl alcohol. If it does not state the alcohol percentage, we may assume that it does not meet the 60 per cent standard needed to kill germs effectively.

If we access untreated water, it should be safe-guarded before we consume it. Boil the water for minimum of five minutes or add two drops of household bleach to every litre of water. Mix in the bleach then allow the mixture to stand for a minimum of 30 minutes before you consume it.

Rehydration and other treatment

If our prevention efforts fail and gastro-enteritis prevails, rehydration (replenishing the lost water and electrolytes) is the next best practice to correct dehydration. Great life-saving options are oral rehydration fluids which are now available in many presentations even in the form of an ice pop, coconut water, unsweetened drinks or just plain water.

A natural chemical in bananas may help protect women against sexual transmission of HIV, United States researchers report. In laboratory tests, they found that a lectin called BanLec was as potent as two current HIV drugs. Lectins - sugar-binding proteins found in plants - can identify and attach to foreign invaders. By binding to the sugar-rich HIV-1 envelope protein gp120, BanLec blocks HIV's entry into the body. The finding, published in the March 19 issue of the Journal of Biological Chemistry, suggests that BanLec could become a less expensive and highly effective new component of vaginal microbicides, according to the University of Michigan Medical School researchers.

The World Health Organisation says it doesn't have enough information to know if it is winning the fight against drug-resistant tuberculosis or TB. In a new report on the global status of drug-resistant TB based on data from 2008, the agency says almost half of all people with the disease are in China and India, with both countries reporting about 100,000 new cases each. High rates of drug-resistant TB strains were also seen in eastern Europe and central Asia, with up to 60 per cent of people who already had TB in some parts of Tajikistan and Uzbekistan developing drug-resistant versions. About four per cent of all TB cases worldwide are thought to be non-responsive to the usual TB drugs.

Scientists have found evidence that older men with higher levels of selenium are less likely to suffer from dysglycaemia, or improper blood-sugar metabolism. Tasnime Akbaraly, from the University of Montpellier in France, and colleagues studied 1,162 French adults for nine years, checking their levels of selenium and monitoring whether they developed blood-sugar problems. According to their report, published online in the journal Nutrition & Metabolism, elderly men whose selenium concentrations were in the top one-third had a significantly lower risk.

"The reason we observed a protective effect of selenium in men but not in women is not completely clear, but might be attributed to women being healthier at baseline, having better antioxidant status in general and possible differences in how men and women process selenium," Akbaraly said in a news release from the journal's publisher.