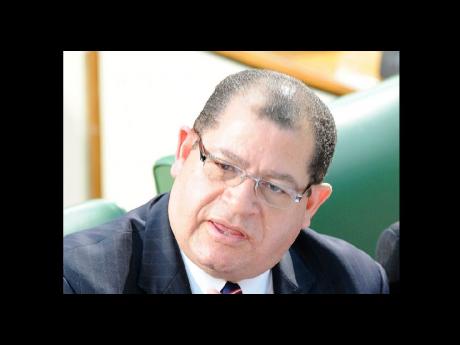 FINANCE AND the Public Service Minister Audley Shaw yesterday said he regretted tabling a 2010-2011 Estimates of Expenditure devoid of critical data from the second Supplementary Estimates tabled earlier this month.

Davies had argued that the Budget only reflected data as at September 2009.

Shaw had given a commitment during a meeting of the Standing Finance Committee, which examined the second Supplementary Estimates, that the new numbers would be included in this year's Budget.

"It is regrettable that the numbers were not adjusted," Shaw conceded, saying his staff had advised him that it would be impossible to have the second Supplementary Estimates represented in the current document for tabling last week.

However, Davies said the missing numbers would make it impossible for the Opposition to make the normal year-to-year comparisons.

"A huge chunk of this book is useless. In several instances, the numbers are just trotted out based on the September figures which have been far updated by the Supplementary Estimates," Davies asserted.

"If this is to be more than a ritual, and if the fiscal responsibility legislation which the minister has presented is to have any effect, then this is unacceptable," he said.

Shaw, assuring members that a summary of the additional data would be provided for them by the end of the day, promised that such an omission of critical numbers would not recur in future.