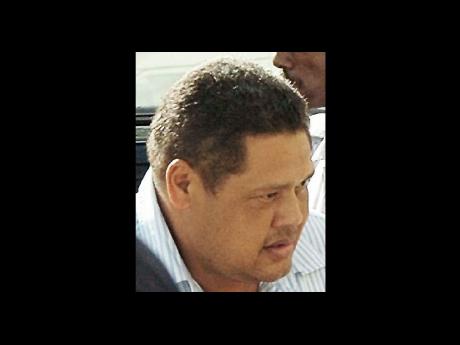 A deliberative K.D. Knight yesterday got star witness Rodney Chin to admit he had lied more than once during taped conversations that were played in the Cuban light-bulb trial.

Chin, who was once a co-accused with Kern Spencer and Coleen Wright before he switched sides, confessed he had told lies about Minister of Industry Karl Samuda and his lawyer Heron Dale.

In relation to Samuda, Knight led Chin through a section of the conversation where Spencer had asked him, "Ahm, you hear from Samuda?"

On the tape, Chin responded, "Him (Samuda) say everything cris, so yuh nuh fi worry."

When Knight pressed Chin to describe what Samuda said, he admitted he had fabricated the statement.

Knight also pressed Chin about a section of the tape in which he said he had consulted his lawyer about the wording of letters. Chin again confessed he had lied about that.

In an ensuing test of wits and voice levels, Chin and Knight tussled over the philosophical concept of truths and lies. Several times Knight, in his bellicose style, asked Chin if he believed in telling lies to secure the truth, and if it was possible to speak the truth to secure the truth.

Chin retorted that he was "conducting an operation" to gather information.

Knight also questioned Chin about several contracts which his company, Chin's Construction, received in 2008 from the Jamaica Labour Party administration.

Knight pointed out that Chin received five government contracts, none of which were put to tender between October and November 2008.

Knight also had Chin corroborate that the majority of the contracts he received in 2008 were for repair or construction work in Samuda's St Andrew North Central constituency.

Earlier in the day, under examination by Director of Public Prosecutions Paula Llewellyn, Chin testified that his signature was forged on documents relating to the Cuban light-bulb programme.

Prosecution star witness Rodney Chin admitted yesterday that he told lies during conversations with Kern Spencer, which have been recorded and are being played in the ongoing Cuban light bulb corruption trial.