Taking youth off the streets 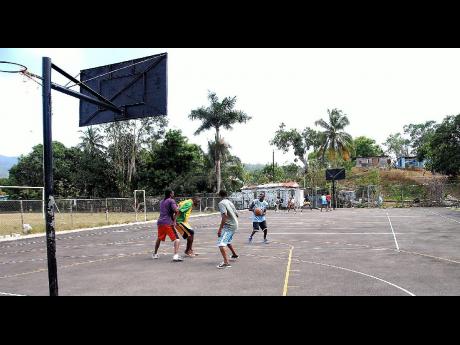 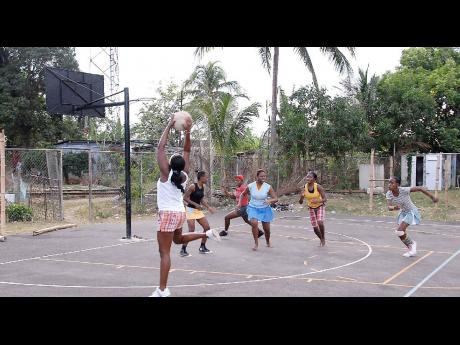 After many years of dormant sporting activities in Riversdale, St Catherine, games, such as football, basketball and netball are becoming popular again among the youths with the establishment of a newly renovated multi-purpose court situated in the community.

Every afternoon about 40 or more young people from Riversdale and neighbouring communities gather at the complex to participate in football, netball and basketball games. Members of the Police Youth Club netball team in Riversdale also use it regularly for practice sessions and sporting competitions.

Twenty-two-year-old Clayton Champagnie has been playing netball at the court since 2008. Three months ago, he was elected president of the Police Youth Club.

"Ever since the renovations of the multi-purpose court, you see many people coming out now to play basketball, when compared with what used to happen before. We are very grateful for the facility," Champagnie said.

Champagnie, who organises netball training sessions at the court, said young people have been coming from neighbouring communities such as Berry Hill, Crawle, Williamsfield and Hampshire to play with their peers in Riversdale.

But the renovation of the court did not happen overnight, and it took some pleading from the youth.

"We didn't have anywhere to play. We had to run on the old surface and people complained about that," Champagnie recalled.

After years of complaints from residents about bruises on their feet caused by the unpaved surface, the Social Development Commission (SDC) was approached to assist with improving conditions at the facility.

Subsequently, the SDC submitted a proposal on behalf of the community, through the member of Parliament for the area, Gregory Mair, to the Culture, Health, Arts, Sports and Education Fund (CHASE).

The organisation agreed to fund the rehabilitation of the facility.

Preparatory work on the facility began in May 2009, after it was chosen as one of the six national Labour Day projects.

A sum of $500,000 was committed towards the project by the National Labour Day Secretariat, Ministry of Youth, Sports and Culture.

Work on the premises involved the bushing and clearing of debris, the laying of the court by the Sports Development Foundation and the installation of a fence around the football field.

Additionally, the entrance to the complex was paved, the potholes patched and the drains on the compound rehabilitated.

The court is now complete, and work is to begin shortly on the old market house on the complex to transform it into a modern community centre.

Barringon Mighton, community development officer of the SDC, noted that the court, the only facility of its kind in that section of St Catherine, also provides an opportunity for youths to host formal community corner leagues, where they can invite neighbouring communities to participate in organised activities. So far, two competitions have been held on the complex, Mighton stated.

Addressing plans to transform the old market house on the complex, he said that a proposal sent to CHASE for funding has been approved. Permission has also been granted by the St Catherine Parish Council, owner of the market, to start work on that facility.

He stated that the only challenge at the moment was securing finances and the capacity to manage a structured programme at the court, whereby there will be continuous organised activities on a daily basis.

Since the establishment of the court, Mighton said the community spirit among the youth had been renewed, resulting in the formation of clubs in the area.