US consular agency opens in MoBay 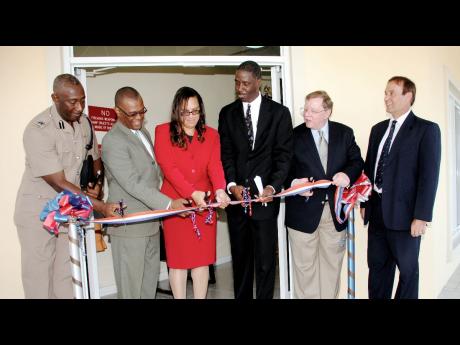 The United States (US) Embassy opened a consular agency at the Whitter Village in Montego Bay on Monday to serve the interests of Americans visiting or residing in western Jamaica.

Reiterating the US's commitment to Jamaica and its citizens during a ribbon-cutting ceremony, Consul General David Stone told the gathering, "We are here to stay."

Noting compelling reasons to continue the long-standing diplomatic relationship between Jamaica and the US, Stone said the embassy processes some 120,000 visas for Jamaicans annually.

His comments were backed up by Chargé d'affaires, Isiah Parnell, who said the fact that the more than two million American tourists visited Jamaica annually necessitated the establishment of the agency.

The consular agency will address a range of issues including passport matters, citizenship, notarial services and other non-emergency needs.

The agency will serve US citizens living in Jamaica's western parishes, including Hanover, St James, Trelawny and Westmoreland.

The Montego Bay agency's regular business hours are 9 a.m.-12:30 p.m., Mondays through Fridays. As is standard embassy policy, the agency will be closed on Jamaican and US holidays.