Bolt warns 100m world record could be lowered to 9.4-something 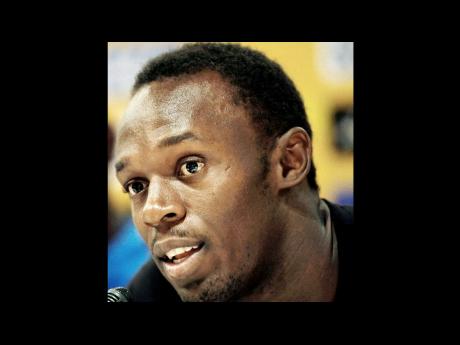 Usain Bolt is prepared to take the 100 metres world record as low as 9.4 seconds to stay on top of world sprinting.

The 23-year-old Jamaican sprint megastar indicated he was willing to run 'normal' times this year, since there were no global championships with which to contend.

But if the competition from his rivals, mainly compatriot Asafa Powell and American Tyson Gay, escalated, then he would look to lower his own World record to remain the undisputed king of sprinting.

"I'm now on a six-week programme to get into shape because my main goal is to stay unbeaten this year," he told Britain's Guardian newspaper in a wide-ranging interview.

"I saw Asafa in training and he's looking good, but this year, I want to take it as easy as possible."

The desire to return to such 'superhuman' times next year is to coincide with the World Championships to be staged in Daegu, South Korea.

"The best is still to come," he said. "I've never run just straight and focused on getting to the finish line. I'm always looking over at the other guys to see where they are, so one day, if I can stay focused and run really fast right through, then I could do it."

He said: 'I think the record is going to end up at 9.4 something and then it's going to be stuck there a long time. It will be hard to break. But you never really know. Anything is possible."

Bolt is also well aware of the suspicions about the legitimacy of his exploits in the face of a number of doping scandals that has rocked the sport.

"I think you've got to give (the doubters) a couple more years," he said. "Jamaican people know we're clean, but we have to convince the rest of the World.

"All I can do is continue running fast. But other guys have been cheating over the years - so I know where (the doubt) is coming from."

He said: "(The drug-testers) come when they feel like it. In January they bombarded me for two weeks - every single day they were at my house. And then I don't see them for one month. Then all of a sudden, they're back again, so you just never know when they're coming."

Organisers of the IAAF Diamond League announced on Monday that Bolt would face Powell in Paris on July 16 over 100m.

Powell was the last man to beat Bolt - two years ago in Stockholm - and he believes he can beat him even now.

Bolt welcomed Powell's challenge, but acknowledged there is a deep bond between the two and he has been helping the former World record-holder to confront some of his unfulfilled promises.

"I've said to him he shouldn't stress too much or worry about the crowd," said Bolt.

"I'm always telling him this - you've got to do this for yourself first. If you do it well, then people will love you.

"When I broke Asafa's 100m world record (in May 2008), he said the pressure was off him. But I don't think the pressure is ever off if you're one of the top athletes. People are always going to be looking for you - especially if someone takes your record."

He continued: "They want to see if you can reclaim it. He said the pressure was less, but I don't think he acted like that. If the pressure is off, you just need to relax and have fun.

"Asafa's a great athlete. I keep telling him this. He's one of the only guys out there who could beat me because he's tall and powerful and he has a lot of strength, so if he gets it right and Asafa also starts running 9.5, it's going to be huge."

Bolt also disclosed that he was excited about running at the 2012 Olympics in London.

"The crowd is going to be just wonderful and I think it'll probably be one of the best Olympics ever."