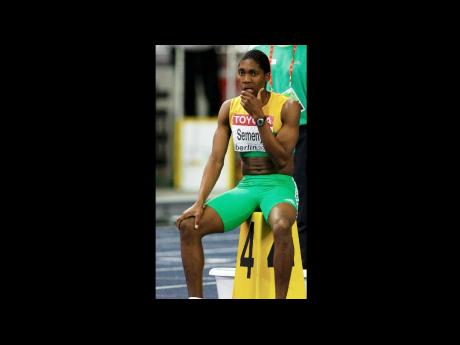 Semenya ... still waiting in the blocks.

Caster Semenya says she will return to competitive racing this season, releasing a statement on the same day that she was denied a chance to run at a meet in South Africa because the results from her gender verification tests have not yet been released.

The 19-year-old Semenya, who has not raced or spoken publicly since she won the women's 800-metre race at the World Champion-ships in Berlin in August, said yesterday that she has not done anything wrong and should be allowed to race.

The IAAF is still reviewing the test results to determine the South African runner's eligibility. The organisation has refused to confirm or deny Australian media reports that the tests indicate Semenya has both male and female sex organs.

Although there is no ban or suspension preventing Semenya from competing, it is thought that she had agreed not to race until the IAAF releases its findings.

"I am of the firm view that there is no impediment to me competing in athletics competitions," Se-menya said. "I will, however, continue to assist the IAAF with whatsoever they may require for their own processes and in this regard I have instructed my legal and medical team to work closely with, and continue negotiation with them for these purposes."

Earlier yesterday, Semenya was denied a spot to race at a meet in Stellenbosch, near Cape Town, despite pleas from her coach and lawyer to let her compete.

Although she was in Stellen-bosch, she refused to talk about her situation.

In the statement, Semenya said that her legal advisers had tried to contact the International Associa-tions of Athletics Federations (IAAF) three times but didn't get any response about when she can return to competition.

"The result is that my athletic capabilities and earning potential are being severely compromised," Semenya said.

Patrick Magyar, organiser of the Weltklasse meet in Zurich and vice-chairman of the elite Diamond League circuit, said he expected organisers of the 14 events to follow the IAAF's lead.

"I don't think any of the meeting directors will take any decision outside of the IAAF," Magyar said. "We don't have clearance (to let Semenya run). There has not been any discussion on it so far."

Jos Hermens, the meeting director for the Shanghai Grand Prix, said he could not say what his position on Semenya would be if she tried to enter that competition.

"For me, it's not of any urgency and I don't want to make any decision on that," Hermens said. "I can only look at the human side that it's terrible that this is happening to her.

"Whatever the outcome, the only victim is her."