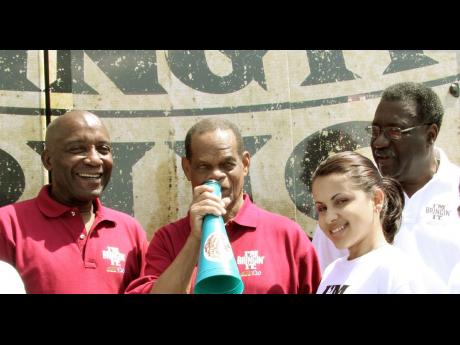 Speaking shortly after a leg of the tournament's 'Bring It' bus tour, which took place on the streets of Kingston last week, Bryan, who was CEO of Jamaica's local organising committee during the 2007 World Cup, said with money not being a problem it has led to few complications within host territories.

"Unlike the 2007 World Cup, the ICC is paying for all of the event's costs, which allows for better planning and implementation," said Bryan, who, along with West Indies Cricket Board (WICB) president, Dr Julian Hunte, and executive Clive Lloyd, headed the tour.

"This has led to greater clarity among the host nations and less objections, and is one of the main reasons why we are well advanced in our preparations when compared to 2007," he added.

The West Indies, who were beaten semi-finalists in England, will play ICC-affiliate qualifiers Ireland and England in the preliminary round in Guyana, from which the top two teams will advance to the quarter-finals.

The bus tour, which ended last week Thursday, following its launch in host territories, made its way to Jamaica as part of building awareness in non-host countries.

Bryan, in the meanwhile, said ticket sales were going well.

"Tickets sales in Guyana, where the championship will kick start and where the West Indies will be playing their preliminary round matches, have been exceptional. Right now we have a 95 per cent sold out," he said.

"Ticket sales in Barbados have also been robust and we expect there will be sold out too. In St Lucia, in the meanwhile, sales have been sluggish, but it is good to report that sales have been picking up in the past couple of days."