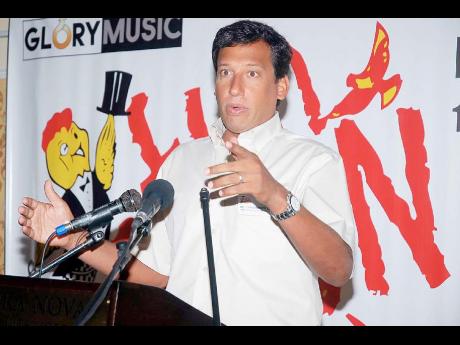 Jamaica Broilers Group (JBG), a leader in the poultry and animal feed markets, is exploring growth beyond its home shores to Haiti, potentially through business partnerships in the French-speaking country, and likely kicking off with the building out of a feed operation under subsidiary company Hi-Pro, if the plan is found to be feasible and passes muster with the board.

JBG president and chief executive officer, Chris Levy, said that at this stage his near weekly trips to Haiti are for due diligence only, and that the company was not sufficiently advanced in its explorations to say definitively whether it would set up business in that market.

Levy also said he is yet to make a proposal to the JBG board - headed by his father Robert Levy - which would have to sign off on the plan.

"For now, what we have been doing is focusing on assisting in the recovery process, even as we do our due diligence on the business possibilities there, but it is far too early to comment as we are yet to make a presentation to the board," Chris Levy said Wednesday.

He did respond more directly to one issue, however - reports that the company had bought a jet and that this was his mode of travel for the reconnaissance to Haiti. He confirmed, with much laughter, that he does fly on a private jet on the visits, but said the craft is small and that it is leased.

Well-placed sources tell the Financial Gleaner that Jamaica Broilers is considering setting up a manufacturing plant for feed, including a cogeneration operation to turn the bio-waste from the plant to energy - mirroring the Jamaican set-up.

Levy said if Haiti turns out to be a good place to invest, his preference would be to start off with feeds, but otherwise was non-commital. Chairman Robert Levy said the plan is Chris' vision and that any comment would be made by him.

The company is also weighing whether to expand into chickens, though our sources said that this would come later after the feed operation had been tested.

Chris Levy says he considers it the right time to invest in Haiti, whose economy has been struggling even before the January 12 earthquake that displaced three million people and killed 230,000, and is hungry for foreign investment capital.

But the JBG chief executive was also cautious, saying Broilers did not want its plans to be interpreted as exploitative in a period of social and economic depression for the country of more than nine million people, the majority of them poor.

Other Jamaican or Jamaica-based companies are already operational in Haiti - the most high profile of them Digicel Group - which are attracted by mostly nascent markets and the large population of potential consumers.

"It's an idea worth exploring," said Levy, adding that it entails learning how business is done and determining who would be the best fit as a business partner in the French-speaking country.

"There is a matter of learning about the laws, taxation policies, and all those things, which have to be addressed; so we are just going through a learning process right now," he said.

The poultry operation is a long-time exporter. The company sells, as Levy put it, "a few hundred thousand" bags of feed to four small islands, including Barbados and Curaçao, while 'Best Dressed' chicken is doing well in the Cayman Islands, he said.

Hi-Pro produces some 220,000 metric tonnes of feed annually, manufactured with specific diets for broilers, layers, pigs, cattle, horses and fish, according to disclosures on Broilers' website, and lays claim to 54 per cent share of the domestic market.

The feed segment currently brings in 29 per cent of group revenue, amounting to $5 billion out of a total $17.25 billion of sales in the nine-month period ending January 30, 2010.