Champs: Give credit where it is due 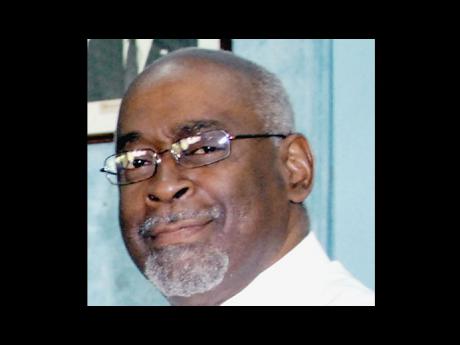 Let us give credit where it is due. The magnificent performances of our athletes over the past three decades is a direct by-product of the annual Boys and Girls' Athletics Championships. And the phenomenon that is Champs owes almost everything to ISSA and to the past students of schools like Kingston College including (but not only) Calabar High, St Jago High, Vere Technical High and Wolmer's Boys' School.

Principals like Bishop Gibson of Kingston College and Ben Francis of Vere Technical started a trend. They, following the 'Healthy Mind in a Healthy Body' educational credo, put a major emphasis on competitive sports as a developer of character and team spirit. They urged their charges to try to win at everything they entered, but to do so fairly and with respect for their opposition. Then when KC, for example, started to win at Champs, their past students rallied around to give whatever support they could to the teams so that they would keep winning.

The past students of other schools began to follow suit and to challenge the KC dominance. This competition became fierce and at times frenetic. But it resulted in a series of excellent performances. By then, quite a few other principals had realised the benefits to their schools' esprit de corps when a sports team performed well in competition with others. So the administrations of these schools, collaborating with the PTA, the past students and businesses in the school community, began to build their programmes.

After a while, some schools, realising that they might not have the resources to win the overall Champs, would focus on a few events where they had particular strength, or even on a single athlete, or a couple athletes who could bring glory to the school.

Then Kingston College again 'took the lead'. Realising that the excellent performances of some of their athletes had resulted in them winning for themselves scholarships to US universities, they decided to facilitate this by entering their lads in the Penn Relays. When Clarendon College followed suit a couple years later, they had problems with their entry because the title 'college' suggested to the organisers that they were a post-secondary institution. KC had entered as Kingston High School!

The Penn Relays story is a saga in itself. Not only did KC win on their first outing, but when other schools began to enter and to do the same, there was a flurry in the Pennsylvania press and the organisers even sent emissaries to see Boys and Girls' Champs.

So the pathway for youngsters with athletic talent was clear. First, run well at primary or junior secondary school and get recruited by a high school. Then, perform well at Champs and at the Penn Relays. From there you got a 'track' scholarship to an American College or University where, if you had the ability (and could withstand the rigours of the US collegiate programme), you could develop into an international athlete and represent your country. In later years, the situation arose where you could become a professional athlete.

There were other important developments. Under the Michael Manley (a sportsman himself) government, the G.C. Foster College was built. This institution began to turn out excellent athletics coaches. As a result, more schools had good track programmes. Also, the development of local track clubs and the new dispensation at local colleges like UTech made it possible for our athletes to remain at home to train.

And the Jamaica Teachers' Association (JTA) played a part. It began to do things like train track and field officials in structured courses, to formalise the track meets that institutions like the bauxite companies, Morant Bay High School with its visionary vice-principal, Howard Jackson and others had instituted and to add its own "development meets". In general, the JTA was the organisation which would institutionalise what had been created and give it structure.

But we must lift our hats to those visionaries at ISSA who nurtured Champs into the phenomenon it now is. People like Ben Francis, Mark Loague, Pam Harrison, Joyce Taylor, Joe Earle, Clement Radcliffe, Cynthia Cooke, Freddy Green, take a bow!