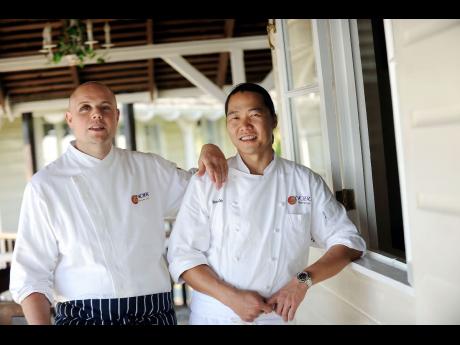 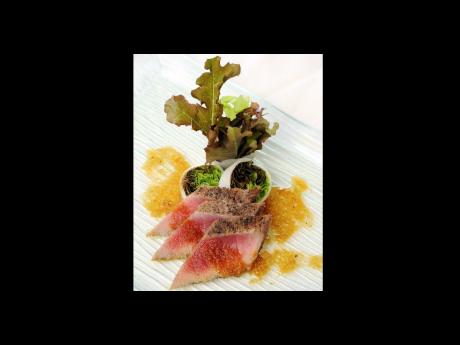 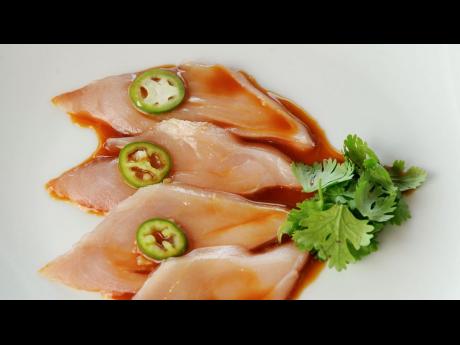 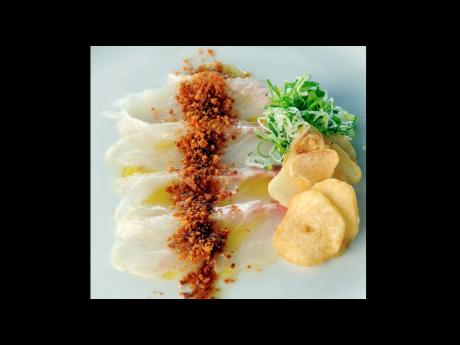 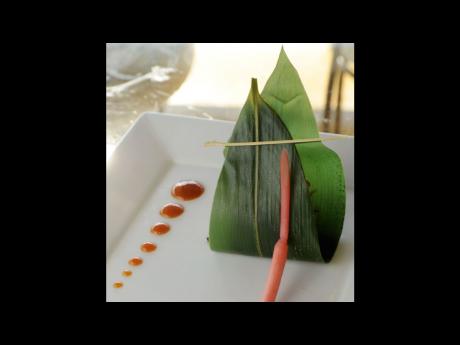 Black cod with miso is presented in a bamboo leaf enclosure. 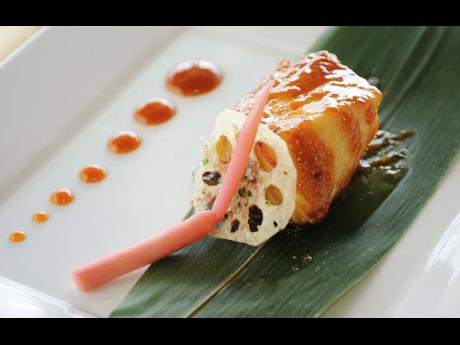 It began in 1987 and today there are 23 Nobu Japanese restaurants all over the world. And for the last three days, many Jamaicans have had the opportunity to taste the delights produced by the expert executive chef Thomas Buckley in charge of Nobu Miami and co-author of Nobu Miami Party Cookbook, as well as Chef Sunny Oh.

Creator of the restaurant chain that bears his name, Nobuyuki Matsuhisa is reputed to be the most famous Japanese chef in the United States of America. Born in 1949, his career began at age 17 and following several years of training and travel to garner experience, he settled in Los Angeles in 1978. Matsuhisa opened his first restaurant, The Eponymous Matsuhisa in 1987. At the restaurant, he combined classic Japanese training with knowledge from his travels to countries including Peru and Argentina and the result has been a resounding success with patrons.

Not long after opening his first restaurant, Matsuhisa met screen actor Robert De Niro and years of discussion about his business, and taking it to the Big Apple, Nobu's unique style burst upon the East Coast in New York. They teamed up with restaurateur Drew Nieporent to open Nobu in Tribeca in 1994. The restaurant proved to be a huge success and still attracts both foodies and celebrities.

That collaboration has led to other restaurants all over the world. Among the team that makes it all happen is Buckley an English transplant to the United States of America who has had classical training in English and French cuisine he now specialises in the art of Japanese dishes. On this trip to Jamaica, he is joined by Sunny Oh, (the fish guy) as he is popularly known in the States. The two created two of the dishes they presented in Jamaica, specially for The Gleaner's sampling pleasure. (See pictures).

With the recent concerns for safety in the international food industry, we asked Chef Oh what measures Nobu has in place to ensure consistency of quality and safety of products. He said that because the raw material used is so delicate, chefs undergo rigorous training to ensure that they learn every minute detail about the difference in texture and taste and feel of every fish. "Every category must be understood, each fish is different; we get consistently good quality because most of our fish comes from the same suppliers in Asia and the east Atlantic waters. Many fish may look similar but each is different," he noted.

Chef Oh is on his first real visit to Jamaica but sees many similarities in the foods here and has made use of some of them like the breadfruit to enhance his dishes.

Buckley has combined his classical training with Asian and some Peruvian influences and will use what he has learnt in Jamaica in the short time, to excite the palates of locals. He went on board when Nobu opened up in London and he was fascinated by the buzz created by the new restaurant that blended high energy with a young staff and an international flavour.

"Nobu has given me an opportunity to travel to open up new restaurants, the last three being in Dubai, Mexico City and Cape Town, South Africa," he said

Traditionally in Japan, sushi was an old way of serving rice after mixing it with vinegar and sugar, raw or cooked fish and after preserving it, the fish would retain its taste. Chef Oh said it began as "street snack food" and evolved into the exciting varieties we see today.

Chefs Buckley and Oh told The Gleaner that from their Jamaican experience, they would be returning home with jerk seasoning that they plan to incorporate into their dishes. They particularly love the taste of our sweet potato. Chef Oh revealed that at home, he avoids cooking even though he has a preference for ethnic flavours.

Chris Manti, who manages the group, knows the business from the ground up. Fresh out of university, he has worked as a bus boy and waiter, so he knows the business inside out. For the Jamaican trip, he worked assiduously with Suzie Berry to ensure that all ran smoothly with all the elements of wait staff, press coverage, travel and other details were in place.