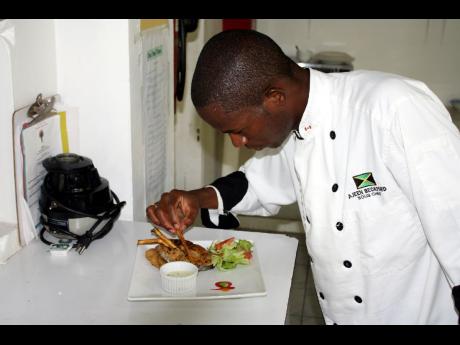 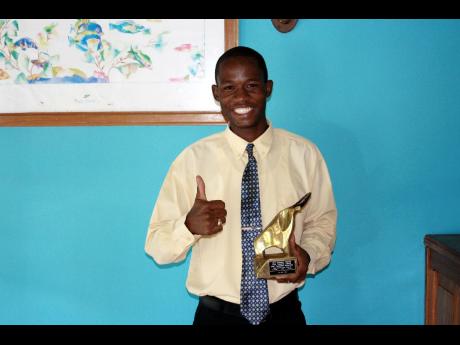 Ajeen Beckford shows off the award he won at the 35th Golden Awards for excellence in food, The New Millennium Award, in Madrid, Spain, in January. 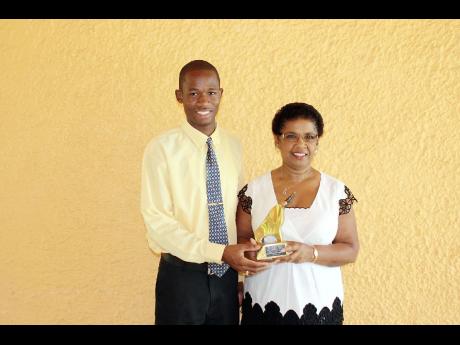 General manager of Our Past Time Beach Resort, Hazel Entwistle, and chef Ajeen Beckford are proud to have won the 35th Golden Award.
1
2
3

AT 26, Ajeen Beckford is the youngest recipient from the Caribbean to be awarded at the 35th Golden Award for outstanding excellence in food (New Millennium Award 2010) in Madrid, Spain, on January 25.

Beckford was representing Our Past Time Beach Resort in Negril, the hotel where he is head chef and restaurant manager.

The chef has been in the culinary field for the past 10 years. He was about 12 years old when he first started cooking. His first attempt at cooking on his own was when he tried white rice, but he said it did not turn out well.

"However, after that my neighbour, Miss Wallace, told me how to do it correctly," he recalled.

It was only natural that Beckford would become quite skilled at what he does, as he studied food and nutrition at Vauxhall High School in Kingston. At age 15 he did his internship at Morgan's Harbour Hotel and Marina in Port Royal. After he graduated in 2001, he worked at the hotel for a year as a cook. He then went on to work on a cruise ship for six months.

It was back to Jamaica and in 2008 he landed a job as Lennox Lewis' personal chef at Tryall Club in Montego Bay. A stint at Couples Swept Away in Negril came before his present post.

Beckford told The Gleaner that the resort was small and the menu needed to be updated, so he decided to revamp the entire restaurant's offerings. He scrapped the old menu, the service, the setting and transformed it in just one month.

The reinvented restaurant began buzzing and both locals and tourists started hanging out there.

"With my approach to international cuisine blended with local flavours and the ambience, the restaurant became the talk all over the Internet and newspapers."

Since then, both Beckford and the hot spot have won the third most prominent award (The New Millennium Award 2010) at the 35th Golden Award. This has led to invitations from a number of overseas culinary competitions and shows including the 18th Annual Good Food Festival & Market cooking celebration to be held in Canada April 22-25. He plans to take along a taste of Jamaican cuisine through live demonstrations, food preparations, and talks. He will also be invited to participate in the Culinary World Cup to be held in Singapore later this year.