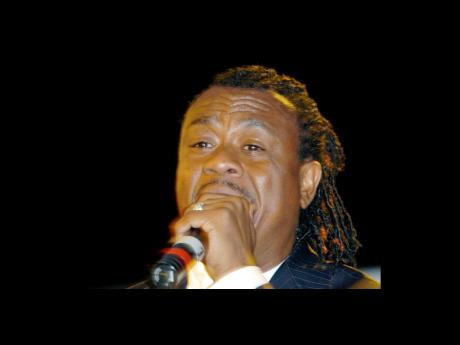 The goal could hardly be more noble, but Pulse Chairman Kingsley Cooper expressed it very simply.

"Our intention," he told The Gleaner, "is to present the best of Jamaican music."

Answering a question about the purpose of Pulse's Studio 38 Sunday concerts, he continued, "They are held once or twice a month, certainly no less than once a month. This is the fifth one since they began on January 3."

That fifth concert, held on Sunday in the Pulse courtyard on Trafalgar Avenue, did feature two of the island's leading acts, A.J. Brown and Toots and the Maytals. The former was in excellent voice.

Unfortunately, Grammy winner Toots Hibbert was not. Halfway through his set he confessed, "I'm not at my best, but thanks for coming out and supporting me." He went on to explain that he had a cold and fever. Despite that, he delivered a generally enjoyable set lasting an hour and 20 minutes.

The concert began shortly after 8 p.m., though patrons of Studio 38 had been invited to eat, drink and chat from as early as 6 p.m. Brown bounced on wearing a black suit with a gold shirt and tie and over the next 45 minutes, with his trademark high energy, he delivered a delightful variety of songs.

Backed by recorded music, Brown (and later Toots) sang mostly from a small shed constructed right up against the street wall, the 'stage' for the concerts. The audience occupies the courtyard, sitting around tables or standing.

One of Brown's early songs was Montego Bay, his home base, to which he occasionally referred his amiable chatter to the audience. He slowed the pace with his next offering, You Captured Me (Without a Fight), a romantic song which he delivered to selected women in the audience.

Top of his game

Brown, whose extensive international experience includes a seven-year performance stint in Las Vegas, showed he's at the top of his game. With a frequent change of mood, rhythm and volume, with a mix of patter and requests for participation, he delivered his ballads and reggae songs with exemplary clarity.

Items included his own original My Father, My Friend, as well as You Raised Me Up, Falling in Love and Time to Say Goodbye, which was sung partly in Italian. He left the stage after that number, but was brought back by applause and cheers to sing Whenever You Call Me.

What was supposed to be a 20-minute break stretched into an hour. Toots and the Maytals made their appearance late, and after bouts of slow clapping by the impatient audience. The delay stemmed, it was whispered among the audience, from Toots being hoarse.

Shortly before 10 0'clock he, his band and two beautiful back-up singers came on stage - Toots in a red, sleeveless suit and the women in black tops and pants. Because Toots has a naturally throaty sound it was not immediately obvious, as he sang, that there was anything wrong with his voice. The hoarseness was evident, however, when he started speaking.

Still, Toots is thoroughly professional - which is why he has been an acclaimed performer since 1962 when the original group was formed - and he delivered a full set of songs. Many in the audience danced and sang along to favourites like Pomps and Pride, Reggae Got Soul, Sweet and Dandy, Never You Change, Bam Bam, Monkey Man and 54-46.

That many in the audience were able to relate to the songs was no surprise, for most in the audience were over 40 and they would have grown up on Toots' songs. But also, because the crowd was an older one it was natural that as the clock ticked toward 11 p.m. and Monday morning and the work hour got nearer, many started heading toward the exit even while the group was still several songs away from the end.

Among the acts slated for coming concerts, patrons were told, are Third World and Tarrus Riley.