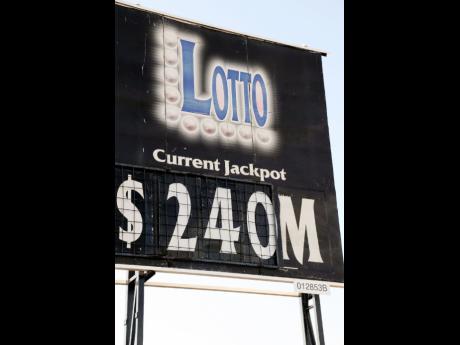 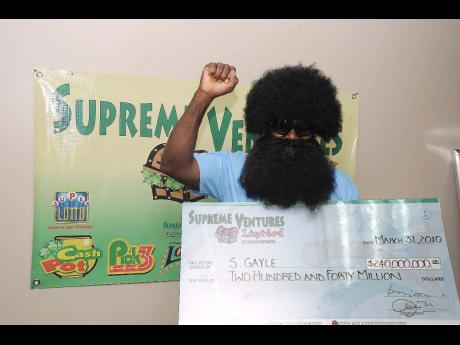 A Manchester farmer walked into Supreme Ventures Limited's (SVL) Kingston offices without notice yesterday and collected the record $240 million lotto jackpot that had been sitting idle for 49 days.

After the 15 per cent tax, the farmer walked out with a cool $204 million.

Amid security concerns, SVL would only identify the winner as S. Gayle and released a heavily disguised picture of him posing with an oversized replica cheque.

"He didn't want the whole song and dance. He is concerned about his security because he has to go back to his community," said Davidson.

She said he appeared calm "and seemed to have taken the time to sort himself out".

According to Davidson, Gayle knew he had hit the jackpot right after the March 10 draw, as he was listening to it on radio.

In a release yesterday, she said Gayle indicated that his first response was to go home and sign the back of the ticket and "lock it away safely".

The farmer says he plans to invest his fortune in real estate and farming.