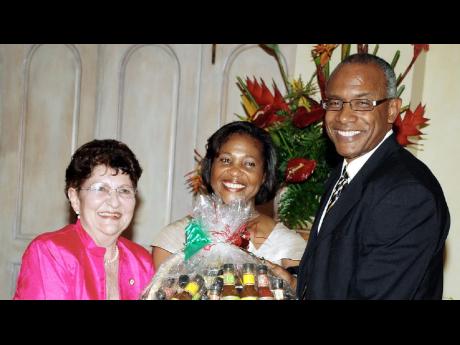 Georgia Allen, businesswoman and member of the Gilbert and Georgia Allen Educational Trust (left), is assisted by Michael Anthony Cuffe, master of ceremonies for the event, in making a presentation to Lady Allen, wife of the governor general. 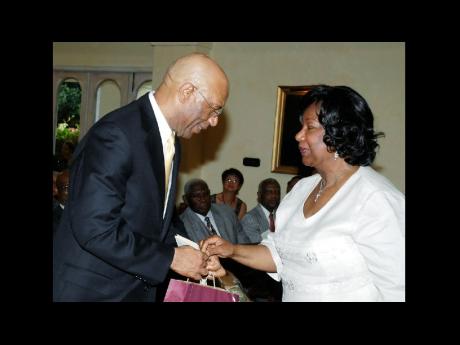 Governor General Sir Patrick Allen receives a gift from Dr Thelma Thompson, guest speaker at the launch and president of the University of Maryland, Eastern Shore. 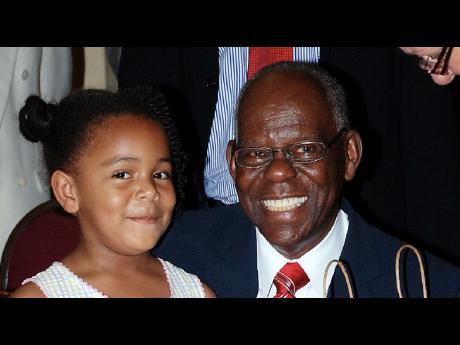 Dr Gilbert Allen gets a special birthday hug from his granddaughter Anna Williams at the launch of the trust. 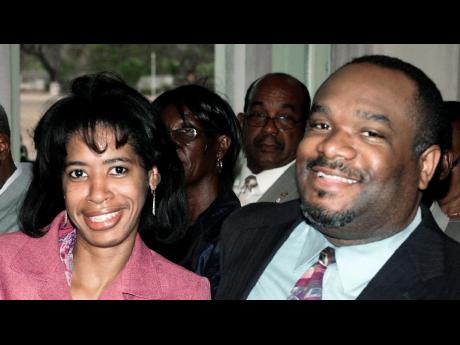 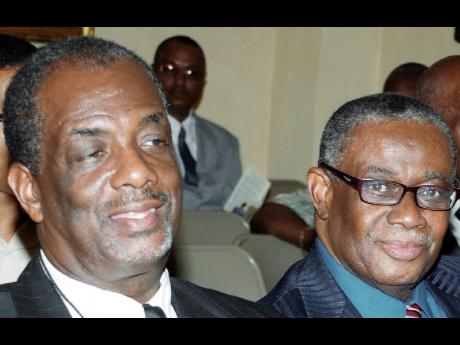 Errol Brennan (left), managing director of Sunshine Auto Parts Limited, and George Watson, founder of the St Elizabeth Homecoming Foundation, were out to listen to their parishoner Dr Thelma Thompson, president of the University of Maryland, Eastern Shore, guest speaker for the launch of the Gilbert and Georgia Allen Educational Trust. 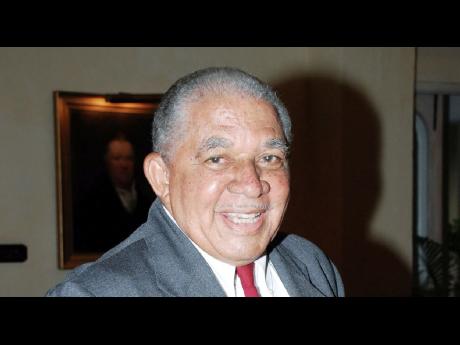 Jamaica Standard Products' Jackie Minott was among the prominent citizens of Manchester present for the launch. 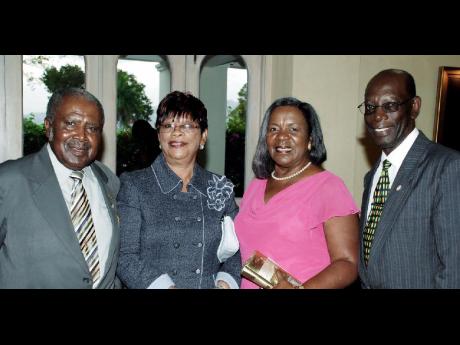 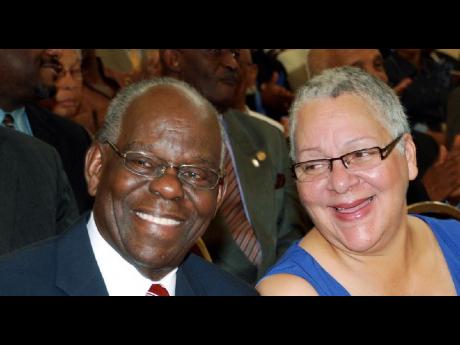 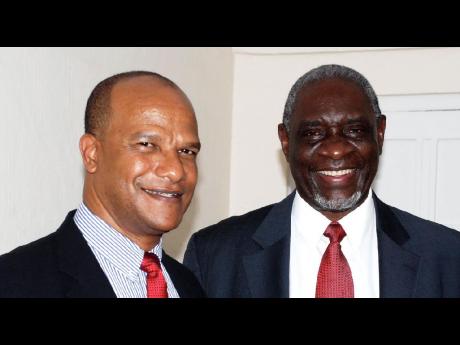 More than $1million in donations and pledges were made to the Gilbert and Georgia Allen Educational Trust at its launch at King's House on Thursday, March 25. Guest speaker at the launch, Dr Thelma Thompson, president of the University of Maryland, Eastern Shore, lauded the trust for what it will do to build character of future generations through education.

"Education without character leads to serious problems; people must have integrity and good character traits in order to have the courage to do the right thing," Dr Thompson said. While lamenting the consequences of lack of funds for some students who really desire tertiary education, she praised the justices of the peace of Manchester for spearheading the initiative to name the trust in honour of the Allens.

But she also urged the students who would benefit from the trust funds in the future to give back to others less fortunate in the same way that Custos Allen had, over the years, used his personal funds to ensure that needy students complete their education. She cited accidents of birth, lack of family fortune and fate as hindrances to a good education but noted that when help was given, it was very important to say thanks.

In calling upon everyone present at the launch to donate generously, Dr Thompson said, "Custos Allen has led a life based on sound Christian principles; he has been a father to many and he realises that the cost of a good education is high; this trust will be properly administered and the public will be kept abreast of how the funds are spent, so I call upon you to help aggressively with their future fund-raising efforts."

The Gilbert and Georgia Allen Educational Trust was conceptualised as a gesture of appreciation for the Allens after Dr Allen received the Order of Distinction Commander class in 2001. Funds raised from a celebratory banquet hosted by the lay magistrates were used to establish the trust. A number of other organisations supported the move and the custos and Mrs Allen also contributed to it.