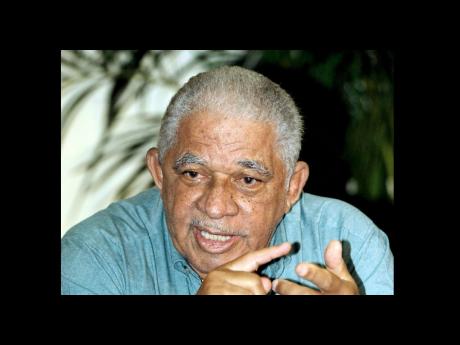 With an ambitious plan already in place to spur growth and development in Manchester, there are now calls for it to be set in motion immediately.

One of the persons leading the charge is businessman Jackie Minott, who conceded that implementing the plan will not be easy, but stressed that "what is happening in Manchester now cannot be allowed to continue".

"It is not going to be easy, but once we get it done, we will get the development going for Manchester," said Minott, who helped to shape the document when he served as chairman of the Manchester Development Committee.

He was speaking at a Gleaner Editors' Forum last week at the Golf View Hotel in Mandeville.

Minott's call was echoed by one of the authors of the plan, urban planner Phil Rodriques, who told The Gleaner that "if they actually follow through with the plan and with the support of the Govern-ment, the private sector and the people of Manchester, in the next 10 years we can easily become the leading parish in the country."

The 20-year development plan, which had widespread input from ordinary residents through their community groups, highlighted concerns in some key sectors and looked at ways to address them.

Some of the concerns include traffic congestion, especially in and around the Mandeville city centre, developing alternative energy sources, expanding local businesses, job creation, adequate and affordable housing, waste-disposal and improved water supplies.

It also examined ways of diversifying the local economy to attract investment in non-traditional areas such as community tourism and to deal with Manchester's waste-disposal dilemma.

According to Rodriques, those numbers are projected to skyrocket due to new housing developments, by the National Housing Trust and private developers, and an influx of returning residents.

However, Minott said the idea is to start implementation of the plan in Mandeville, which is crippled by traffic congestion daily.

One of the ideas, he said, is to insist that people who apply for large subdivisions put aside some of the land to accommodate a church, community centre, shopping centre and a library, among other things.

"This way you take the traffic out of downtown Mandeville," he explained.

Explaining the waste-disposal dilemma, Rodriques said experts have concluded that the Martin's Hill dump, which primarily serve areas in and around Mandeville, now has a life span of seven years.

He, however, pointed out that this could be significantly less with all the new housing developments, "so the plan is to identify ways of reducing and handling our waste".

Rodriques said the move to try and diversify the economy was not entirely new because it was envisioned that bauxite mining would eventually end.

In addition to non-traditional areas of investment, he said the plan also looked at transitional jobs for people displaced by bauxite and as a means of stemming the brain drain from the parish.