Wenger unsure if gamble was worth it 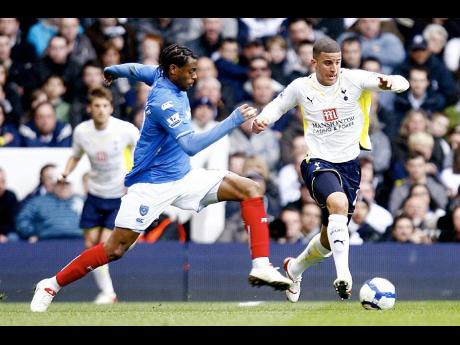 Arsenal manager Arsene Wenger doesn't know whether his gamble on the fitness of Cesc Fabregas paid off against Barcelona in the Champions League quarter-finals.

Wenger started Fabregas in yesterday's match after he passed a late fitness test on a knee injury sustained in the English Premier League at the weekend, and was rewarded when the Spain midfielder scored a late equaliser in a 2-2 draw.

But the Gunners captain left Emirates Stadium on crutches after again hurting his knee. Wenger wanted to take him off the field for the final moments but had already used all three substitutes in his team's comeback from 2-0 down.

"I cannot give you any report yet. I've not spoken to the medical people," Wenger said. "I couldn't change anybody, I had to leave him on even though I wanted to take him off.

Fabregas will miss next week's second-leg match at Camp Nou even if the injury proves to be minor. He picked up a yellow card for fouling Sergio Busquets and is suspended.

Wenger acknowledged it was a risk to play Fabregas just four days after he was hurt, but said the 22-year-old Fabregas insisted he was fit to face the club where he began his career.

"You have to trust how the player feels," Wenger said.

Fabregas is Arsenal's leading scorer this season with 18 goals in 35 matches from central midfield. A prolonged absence would severely threaten Arsenal's surprise challenge for the Premier League title and could even have an impact on Spain's attempt to add the World Cup title to its European Championship.

"I have to wait until tomorrow for a better view," Fabregas said. "It doesn't look good, but we have to wait."

Arsenal are third in the Premier League, just four points behind leaders and defending champions Manchester United, while Spain kick off their World Cup against Switzerland on June 16 in Durban.

Wenger's problems don't end there, with injuries to William Gallas and Andrey Arshavin.

Gallas returned to Arsenal for the first time in seven weeks, but the France defender was carried off with a calf injury in the 45th minute. Arshavin departed in the 27th.

"He will be out for a while now," Wenger said of Gallas. "I took a gamble and it did not pay off. I can say now I regret that. Arshavin is the same. He's done his calf."