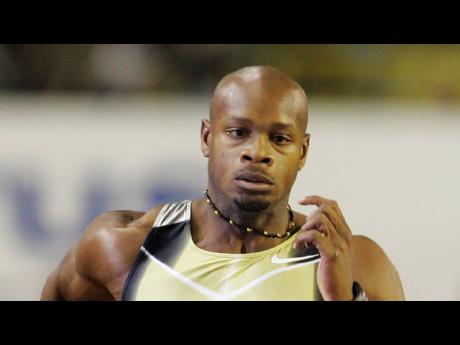 Asafa Powell and Sanya Richards are two of the top track stars that have confirmed participation for the opening leg of the IAAF Diamond League event on May 14, organisers have announced.

Jamaican Powell and the Jamaica-born American Richards are two of the athletes that have been desig-nated as Diamond League ambassadors attending the meet.

The 27-year-old Powell held the 100-metre world record between June 2005 and May 2008 with times of 9.77 and 9.74 seconds, respectively, until his compatriot Usain Bolt grabbed it with 'superhuman'' performances over the last two years.

Powell has consistently broken the 10-second barrier in competition, with his personal best of 9.72 secs being the fourth-fastest time in the history of the 100m.

But his potential remains largely unfulfilled with only bronze medals at the 2007 and 2009 World Championships, and a gold medal at the 2006 Commonwealth Games, to show for his individual efforts.

The 25-year-old Richards was born in Trelawny, Jamaica, but migrated to the United States at the age of 12, and became a citizen five years later.

She is the current World Female Athlete-of-the-Year, but she too has also failed to transfer her phenomenal success on the professional circuit into the marquee events of either the Olympics or the World Championships.

It was only last year when Richards finally scaled the heights and won the gold medal in the 400m at the Worlds in Berlin.

She - like Powell - has two Olympic gold medals and, like Powell, as a member of the American 4x400m relay team.

Organisers noted that Qatar is gearing up to make the inaugural Diamond League meet a memorable affair, following the country's successful hosting of the World Indoor Championships earlier this month.

The Diamond League is a new annual series of athletics meets to be held from this year onwards. It will replace the Golden League that has been held annually since 1998.

It was created to enhance the worldwide appeal of athletics. In addition to the current Golden League venues and other traditional European meets, the new series will include stops in the United States, China and Qatar.