Teachers' loan fund to be revitalised 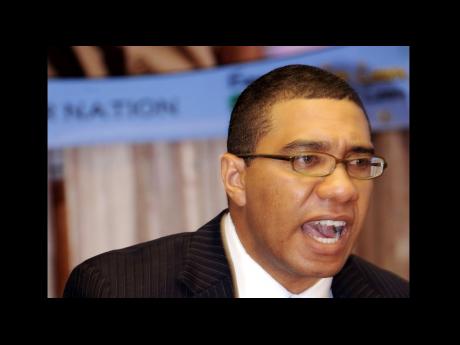 THE TEACHERS' professional revolving loan fund, which dried up in the last fiscal year, will be revitalised with an allocation of $95 million.

Education Minister Andrew Holness told Parliament's Standing Finance Committee early Thursday morning that the Government had made provision for $45 million to be placed in the fund. This is in addition to $50 million set aside in the current Estimates.

While more funds were being made available to teachers to upgrade their skills at the tertiary level, university students should expect increases in tuition fees of a little more than eight per cent.

This was disclosed by Holness who told the committee that the Government was trying to keep the fee hike below the inflation rate.

"There will be an impact on our students, we recognise that ... . Within the Budget, we have made some changes to accommodate students who will be at risk of being deregistered," he said.

And the ministry is moving to introduce a minimum-qualification requirement of a first degree to enter the teaching profession.

"We have already started the process of examining all the teachers' colleges and working along with them," said Holness

On another matter, the education minister divulged that a decision would be made shortly on the proposed merger of the University Council of Jamaica with the Jamaica Tertiary Commission, creating one body to regulate the tertiary-education sector.

He said a Cabinet submission had been prepared and would be sent to Cabinet for discussion. A decision is expected in another two weeks.