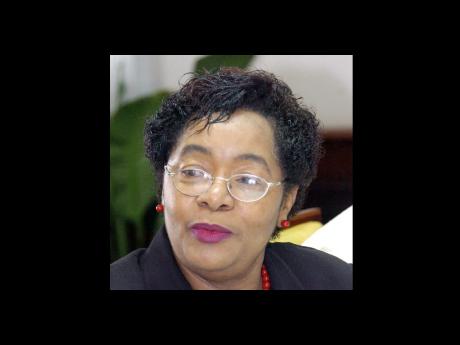 THE MINISTRY of Health has launched an investigation into an outbreak of gastroenteritis at a primary school in rural Jamaica to determine if it was spawned by the trucking of bacteria-laced water to the institution.

The gastro outbreak left dozens of students and at least one member of the teaching staff with diarrhoea and other symptoms associated with the water-borne disease.

Public-health officials investigating the matter have determined that the water trucked to the school was from an untreated source - a spring.

As a result, they have handed a 'Notice to Abate the Nuisance', issued under the Public Health Regulations (1995), to the operator of the trucking service to cease and desist from distributing water from any unsafe sources to the school or any other institution.

The health ministry's investigation comes on the heels of a Sunday Gleaner special investigation, which revealed that truckers were taking water from untreated sources, which had elevated levels of faecal and total coliform, and selling it to unsuspecting residents as potable.

The National Water Commission (NWC) has since been called in by the health department, and the state-owned company has "taken over the task of supplying water to the school".

In a written response to Gleaner queries, Dr Eva Lewis-Fuller, director of health promotion and protection in the Ministry of Health, said the ministry's investigations had not yet identified the cause of the outbreak.

"Laboratory testing has not isolated any specific aetiological agent so far, (and) results of tests on water samples and other environmental specimens are still pending," Lewis-Fuller said.

"The ministry responded in accordance with standard procedures to the report of an outbreak of gastro-enteritis in a rural all-age school. The report was received by the local health department on March 18, 2010, and a report was made to the Surveillance Unit at head office on March 20, 2010," read a section of the ministry's response.

The ministry also noted that its investigations revealed that a total of 34 children in the five to 12 age group and a teacher had the symptoms.

"The cases have all been mild, none requiring hospitalisation, and there have been no deaths," the ministry added.

Lewis-Fuller also noted that information gleaned from the local health team looking into the circumstances surrounding the outbreak revealed that for many years, the school had received water through a trucking arrangement managed by the parish council.

While not ruling out the possibility of a link between the outbreak and the suspected trucking of contaminated water, Lewis-Fuller sought to downplay the likelihood.

"The ingestion of contaminated water as a common source of the outbreak would be expected to be more explosive, affecting a larger proportion of the school population," she said.

Lewis-Fuller highlighted unsanitary findings at the school, some of which were apparently by-products of the chronic drought conditions choking the island's formal water supply system, while others were seemingly the result of unhygienic practices.