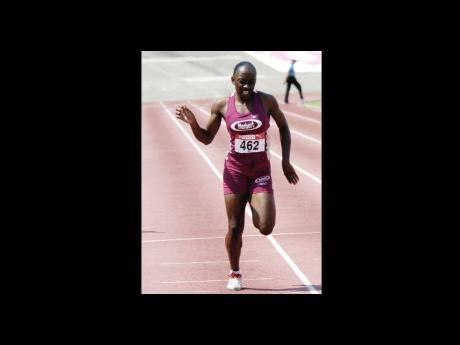 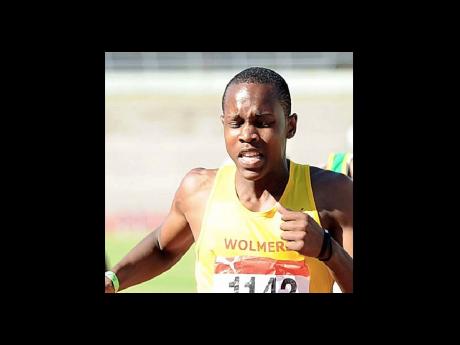 Jamaica's CARIFTA Games head coach, David Riley, is backing his team to do very well in the sprints at the 2010 Games which opens in George Town, Grand Cayman, today.

Riley, who described his team as a strong one, was speaking shortly before the Jamaican contingent left for the Cayman Islands on Thursday.

The Jamaican head coach is, however, bracing for serious challenges from the country's eastern Caribbean neighbours during the region's premier junior track and field showpiece.

"We are expecting some challenges in the sprint hurdles and 400 hurdles. Some very fast times are coming out of Trinidad and Barbados," Riley said.

At last year's Carifta Games in St Lucia, Jamaica's Keenan Davis won the country's only sprint hurdles title in the girls' Under-17 division.

Riley, however, backed his squad to do very well in the sprint events.

"Our sprinters seem to be very decent in terms of competition and we are well on our way to doing well in those areas."

The top Jamaican sprinters include Julian Forte, Brandon Tomlinson and Kemar Bailey-Cole among the Under-20 boys and Odean Skeen and Odail Todd in the Under-17 division. Danielle Williams, Natasha Morrison and Antonique Campbell head the Under-20 female sprinters while the Under-17s include Kadisha Dallas and Channiel Johnson.

More than 500 athletes from 25 nations are set to compete at the meet.

The Truman Bodden Sports Complex in the Grand Cayman capital will provide the backdrop for the best young athletes in the region to strut their stuff.

It's the first time in 15 years that the event will be held in the Cayman Islands, and organisers were busy putting the finishing touches in place for the grand opening.

As always, athletes will contest two age categories for boys and girls - Under 17 and Under 20 - in the diverse events from sprint races to hurdles to middle and long distance to jumping and throwing events.

Countries sending athletes will use the Games to identify talent for a number of upcoming track & field meets, but this year's event will have extra-special signi-ficance, since the first-ever World Youth Olympic Games takes place in Singapore, and many of the athletes will seek to reach qualifying standards.

The Carifta Games have traditionally served as a training ground for many of the Caribbean's greatest athletes.

It was at the Carifta Games that a stringy Jamaican lad named Usain Bolt set tongues wagging with an amazing run in the 200 metres.

He was identified for greatness, and has not let the pundits down, since he is currently the world's fastest man, holding world records in the 100 and 200m.

More than 30 Olympic Games medallists can trace their prominent athletic careers back to the Carifta Games.

Three months after experiencing the earthquake, Haiti is also expected to send a team to participate in the games.

Organisers and representatives from both private and public-sector organisations in the Caymans have worked together to raise funds to donate to the Haitian team to assist with offsetting the costs of participating in games for the country's athletics federation.

The event will be broadcast 'live' across the region through a partnership between the Caribbean Media Corporation, and the games' main sponsor, LIME.

The morning session begins at 10 (9 Jamaica time), and coverage of the evening action gets going from around 5 p.m. (4 p.m. Jamaica time).