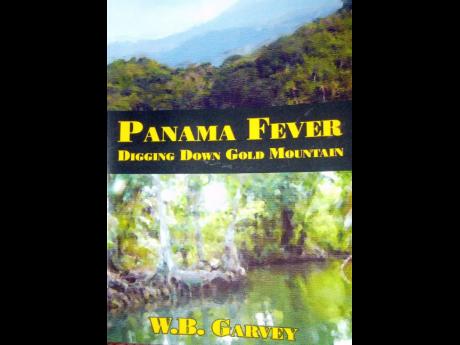 Central America is the isthmus that connects North and South America. It also separates the Pacific Ocean at the west from the Atlantic at the east. In the early days of Spanish colonisation and the plundering of the South American mainland, travel between western South America and the Caribbean was somewhat impeded by this relatively narrow strip.

The journeys by land were long, arduous and dangerous. So the idea of creating a canal linking the Pacific to the Caribbean Sea and, by extension, the Atlantic, had been floating around since the 16th century.

No serious effort was made until 1882, when a French company led by Ferdinand de Lesseps began constructing a waterway on January 1, in a region called Panama, then part of Colombia, most of which is in South America. A huge labour force was assembled. By 1888, it had grown to about 20,000 workers. Nine-tenths of them were black people from the West Indies, with huge contingents travelling from Jamaica.

Ferdinand de Lesseps had pre-viously constructed the Suez Canal in Egypt through flat, sandy lands. However, the dense, mountainous, mosquito-infested Panama was too much for him. Brutal working conditions, thousands of deaths from yellow fever and malaria, among other reasons, sent the company in bankruptcy and the ambitious undertaking came to a temporary halt in 1889.

Fast forward to 2009, 120 years after, W.B. Garvey has published a book that takes you back to the wildernesses and jungles of Panama during the French phase of the construction of the canal. In this highly imaginative novel, he has recreated the sights, scents, tastes, sounds and prevailing weather and geographical conditions so vividly, that there seems to be a blur between fact and fiction.

It is mainly about the experiences of two young Jamaicans, Thomas Judah and his friend, Byron, who met on the vessel that brought them to the isthmus, where they had gone, as so many others, to make their fortune. Upon approaching land, they felt vindicated for having made the decision to go. However, it didn't take them long to discover Panama was nothing like they had heard and that they had virtually landed in hell-like conditions.

"Thomas Judah suddenly realised the stilt-legged hovels perched along the shore like half-drowned terns were the shacks they had mistaken for a fairy-tale city. The roofs his comrades saw as pure spun gold were only straw - in fact, the whole place reeked of a rancid melancholy," Garvey writes.

Then, an earthquake struck the very night they landed. The barracks in which they were housed were wrecked, Thomas sustaining a severe injury which kept him in hospital for weeks. His father, Samuel, who didn't own him when he was born, turned up at his bedside, on the suggestion of his mother, to encourage him to return home. He was rebuffed by Thomas, and the senior Judah himself was convinced to stay in Panama by the Frenchman Duvay. Thus began the adventures in a very tough land which ended with Thomas and Byron pursuing different endeavours.

Told with an equal amount of suspense and humour, the author created characters who are interesting and memorable. Panama Fever is a gift from Garvey, a relative of national hero Marcus Garvey, and a classically trained violinist. It is a story of friendship, betrayal, greed, tragedy, human suffering and frailties, and hope, set among one of the greatest engineering undertakings of all time.

It looks at the triumphs and failures of the workers on the canal from a fictional perspective, but which truly reflects the hardships and problems they had faced, and is a reminder of the contributions that many Jamaicans made to one of the most important commercial waterways in the world. It is fittingly dedicated to "all the unsung Jamaican heroes who gave their lives for Panama's great cause".