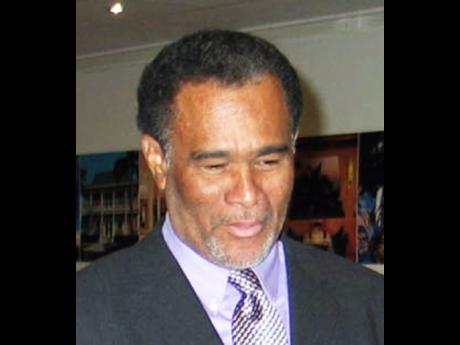 Like most Jamaicans, when I read the newspaper headline last Wednesday, 'Drier days ahead', my instinctive reaction was, 'This must be false prophecy on the part of our weather forecasters'. Facing the prospect of even more severe inconvenience from water lock-offs, such a brief state of denial is a natural human reaction.

Indications from the meteorologists, though not always spot-on, do, however, suggest that the drought conditions being experienced in Jamaica and around the region will continue in the months ahead. Householders and farmers should therefore brace themselves for an intensification of the dislocations that are caused by drought.

Already, almost no area of the Kingston Metropolitan Region has been unaffected by daily lock-offs and, in some cases, have lost their water supply for weeks at a time. The first threat from this is to the health of our citizens, which will become more dangerous as the summer months approach. The risks of gastro-enteritis and aggravation of respiratory illnesses in these conditions are usually the most widespread. The picture painted by the National Water Commission of the shortfall in its various supply systems and of the problems it is encountering with rehabilitation of existing wells and drilling for new ones is not encouraging.

Our farmers are now beginning to be hurt by the drought with reports from St Elizabeth, Jamaica's main farming belt, that they have not seen significant rainfall since the middle of last year. While the prices in my Coronation Market 'basket of food crops' did not, in mid-March, yet reflect sharp movements, the effects are bound to be seen very soon, and particularly in the crops that are often affected in the traditional dry season. On the one hand, the prices for carrots, scallion, pumpkin, string beans and sweet peppers on the third Saturday in March were less than on the second Saturday in January. Meanwhile, callaloo, chocho and lettuce sold for the same as in January.

Evidence of upward movement was, however, seen in prices for cabbage, limes, onions, pawpaw and Irish potato. But overall, things were pretty stable, considering the jump in gasolene prices and increase in the GCT which would have affected some of the costs of the vendors since January. Beyond my Coronation basket, though, prices have increased significantly, as reflected in the acceleration in the inflation rate since late 2009. In fact, inflation for the December 2009-February 2010 period was 3.6 per cent, a rate that, if sustained, would push the annual average inflation to over 15 per cent, compared with 10.2 per cent for 2009.

Further inflation pressures will come from the GCT on electricity which will be reflected in light bills for March for households consuming more than 250 kilowatt hours per month, and the hike in bus fares that, unofficially, will be passed on to other forms of transportation. The prices for some important imported food items, like rice, are also rising, and in this regard, the increase in the price of rice from Guyana is a direct consequence of the same weather pattern that is affecting Jamaica and the rest of the region.

A somewhat unexpected speeding up in oil prices is another factor that has now emerged and will affect the inflation equation in Jamaica. We had been enjoying the slump in oil prices which saw them falling from US$140 per barrel in mid-2008 to as low as US$33 per barrel in early 2009. By the end of 2009, they had moved back to near US$70 per barrel, but in recent weeks they have climbed to as high as over US$80, despite the fact that global oil consumption in the US and most major economies has fallen. Commodity investors and not supply and demand are behind this surge in oil prices, and this could continue to exert pressure as investors view commodities as attractive options.

The price of oil is such a sensitive variable in the Jamaican economy and its effect so widespread on the cost of living that this development has to be carefully monitored. If prices were to move up from the widely projected range of US$75-$80 per barrel, which is quite likely what Jamaica has assumed in its macroeconomic planning, to US$80-$90 per barrel as some analysts are anticipating, this would have a serious negative impact on our foreign exchange market and on inflation. Gasolene prices would likely be the first area to be affected. Already, these prices have moved up steadily in the United States and will pick up pace in the summer driving season in the Northern Hemisphere, which is just around the corner.

As with the drought, I would want to 'deny' the threat of a spike in oil prices as false prophecy, considering the severe strain on households, given the wage freeze on public-sector workers and job losses in several areas of the economy. In this Easter season, foremost in our prayers to the Almighty will no doubt be a plea for a turn in the weather that would ease this difficult year of adjustment for many Jamaicans.

O God, in whom we live and move, and have our being, grant us rain, in abundance, that being sufficiently helped with the temporal, we may the more confidently seek after eternal gifts.