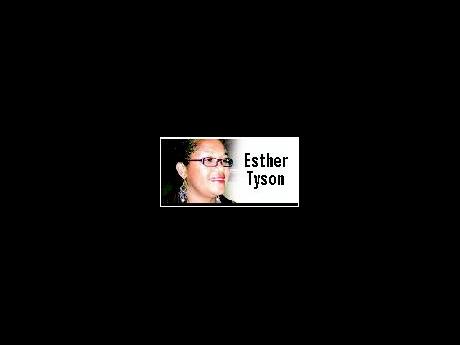 The performance of our youth at the 100th staging of the ISSA Boys and Girls' Champion-ships and in the finals of the 41st Schools' Challenge Quiz gives me hope for our nation. My hope lies not only in the excellence of the performance of our students, but in the attitude that they portrayed in the competitions - that of good sportsmanship and cama-raderie, of selfless giving and mutual respect.

The Wolmerian who, because he had already gained a gold medal and wanted his teammate to share in that victory, slowed down to allow his colleague to win the race, reflects a selflessness which needs to be lauded in our nation. Why? Because it is becoming so rare among us.

The opening ceremony of Champs displayed the talents and gifts of our students in a manner which was well-organised and disciplined, in spite of the late start. The scintillating performance of the mass choir reminded us that there is still an appreciation of clear harmony, good pitch and tone among our young people. The colourful array of the costumes of the performers combined with their precision and skilfully choreographed movements created a kaleidoscope that stimulated our senses.

My disappointment came when in the midst of such high-quality performances, the organisers allowed some dancers who accompanied the former female lead singers of the Dragonaires to cavort on the stage in 'b-riders' that left little to the imagination. Their attire was inappropriate for an event which catered to our youth.

I want to encourage educators and parents to set high standards for our young people and expect them to live up to them. We need to put in place rewards and sanctions for when our students attain or fall short of these standards. We need to model for our youth the behaviour and attitudes that we expect them to display. Therefore, when the writer of a letter to The Gleaner seeks to castigate the editorial which abhorred the behaviour of an athlete who gave a gun salute at the end of a high jump competition, it shows that we have begun to settle for what is base and undesirable as the norm among us. I will repeat that old saying from 'Desiderata' - "Children live what they learn."

As adults in the nation, we need to clean up ourselves, so that we will not be embarrassed to set high standard for our youth because we are not living up to them ourselves.

In both competitions, Champs and Schools' Challenge Quiz, students are held to high standards of performance and behaviour. There are rules that they must abide by in order to succeed, and they adhere to these. It means that it is possible in the schools and wider society to set standards reinforced by the attendant rules and sanctions and exemplified by those in authority in order for us to train our youth to be productive citizens of this nation.

As an educator, I have seen repeatedly that about 90 per cent of the students who display antisocial behaviour develop their behaviours because of the lack of parental guidance and support. This antisocial conduct is further reinforced in a society which has developed a culture of violence and indiscipline as its norm. If, as a nation, the leaders, the adults begin to set high standards and reflect these in our conduct, our young people will begin to positively "live what they learn". This must begin with our political leaders, in how they conduct themselves in Parliament and in how they conduct the affairs of state.

Another matter of immediate importance is the impact of the water crisis on institutions of learning. The National Water Commission has informed the public that the situation is getting dire. We know this at Ardenne High School since, whereas we used to get water for half the day when the water lock-offs first began, within which time and overnight the tanks could be filled, we are now getting water for three hours in the mornings at a pressure which is not high enough to replenish the tanks.

Formerly, when we contacted the NWC they would assist us by sending a truckload of water; this practice is no longer the norm. This has resulted in the administration having to close school early on some days, cancelling school on two occasions and also purchasing water at a cost of $20,000 per truckload to ensure that we can have classes on other days. This is not a tenable situation.

With the new school term approaching, with CXCs beginning in the first week of May, with the water situation worsening, we are left with two choices: purchase water at a cost of $20,000 per day, which will cost $1 million for the term in order to have full school for the term; or have only those students who are sitting external examinations come in for the new term to try to manage with the three hours of water we get each day.

The school year is winding down and funds are limited. Unless parents are willing to contribute to purchasing water for $20,000 each day, we will be forced to choose Option Two. Not having all our students in school for this summer term will have implications for their course of study in the new school year.

Syllabuses which normally would have been completed for the students of grades 7-10 will be left unfinished. This in turn means that in the new school year there will have to be a change in the number of days students and teachers go off on holidays, etc.

Once again, as administrators of public schools, we need direction and intervention from the Ministry of Education on the matter. Sadly, this has not been forthcoming. This situation is unprecedented in my lifetime and the leaders of our nation need to determine the way forward in this new paradigm in which we are operating.