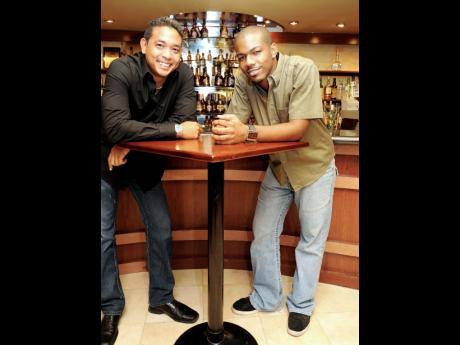 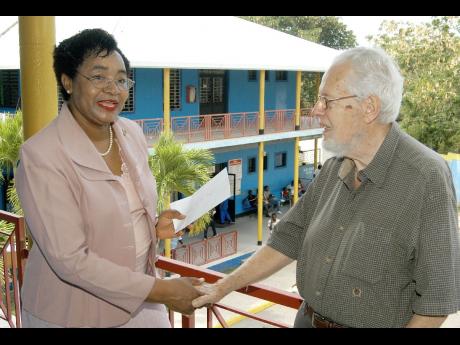 The nightclub is a preferred entertainment option, where entrance and exit are controlled, facilities such as seating and bathrooms are in place and the event is not subject to the vagaries of weather or the Noise Abatement Act.

However, there is a downside to the enclosed space: a haze of cigarette (and other) smoke often hangs in the air and, even if it is not seen, it certainly lingers on the clothes and in the hair long after the party is over.

There is another lasting effect too, which cannot be gotten rid of by dumping clothes into a washing machine or a visit to the hairdresser.

Dr Aldyth Buckland, volunteer and resource person on tobacco issues for Jamaica Cancer Society, president of the Association of General Practitioners' of Jamaica and member of the Jamaica Coalition on Tobacco Control, said the smoke in nightclubs does pose an especially severe risk. And this is not only to party-goers but also staff.

In addition, Buckland said "Exposure to second-hand smoke for just 30 minutes can rapidly increase a person's risk for a heart attack, even if they have no risk factors. Furthermore, in a nightclub, smokers who drink-alcohol tend to smoke more. Women are also patrons of these clubs and some may be on birth-control pills, which increases their risk for clot formation. Some persons may not know that they have cancer and these toxic fumes will potentiate the growth of their malignancies. Some persons may have a family history of cancer (genes for cancer) and inhaling the smoke-filled air can initiate the growth of the tumour".

Dr Eva Lewis-Fuller, director of health promotion and protection in the Ministry of Health, said that clubs do pose a specially adverse risk in view of the length of time employees stay in that enclosed environment on a daily basis and the intensity of the environmental tobacco smoke, or passive smoke.

"There are some well-documented cases in countries abroad where employees who spent many years working in this type of environment, although they never put a cigarette or tobacco-containing product directly to their mouths, developed smoking-related cancers and other such diseases," said Lewis-Fuller.

Then there is the cooling system in a nightclub, a must-have in the enclosed environment. However, it also helps to circulate the smoke and makes the establishment of non-smoking areas redundant. Buckland said, "The air quality in a nightclub that allows smoking is unhealthy. Visibility in some clubs is poor. Smoking areas do not help, as the smoke still diffuses to non-smoker areas. Vents do not help. The only thing that can clear the smoke-filled air in a nightclub is a tornado".

With these risk factors, there has not been an official ban on smoking in nightclubs, but it could be coming under a general anti-smoking thrust. Dr Lewis-Fuller said, "There is no legal stipulation regarding smoking in night clubs in effect at this time. However, the Honourable Rudyard Spencer, minister of health, has expressed his intention to have smoke-free legislation in place this year. A draft cabinet submission addressing this issues has been prepared and should be finalised and tabled soon".

At least one nightclub is not waiting on an official ban. Winston Blake of Merritone Music told The Sunday Gleaner that while they do not have a blanket no-smoking policy for their Thursday night sessions at Waterfalls, Liguanea, they do ask that persons who wish to light up do so outside and there has been a general compliance. He said that there had been an informal separation of smoking and non-smoking areas at the Turntable on Red Hills Road, the former home of Merritone, and over the years most of the smoking complaints have come from the women.

Investing in making their patrons happy has paid off for the Fiction Lounge in Market Place on Constant Spring Road. Part-owner Kevin Burke explained that after receiving complaints from patrons about the levels and effect of smoke, action was quickly taken to deal with the problem.

"After the initial complaints from patrons we made an investment of US$20,000 to buy 'smoke scrubbers'. They are basically a filtration system and we have six state-of-the art filters which suck up the smoke, clean it and pump back fresh air into the club. It has helped tremendously, 'cause we're looking for longevity and we want our patrons to be happy," Burke said. He said that since installing the filters in February 2009, shortly after the lounge was opened in December of 2008, there have been no more complaints from patrons about smoking in the facility.

Sean Lyn of the Quad nightclub in New Kingston said that smoking is allowed. However, the club has implemented proper extraction and air-conditioning systems to assist in dealing with the problem. Lyn said they have had complaints from patrons about the smoking, but not very often.

"It's always a concern, but we try to do the best we can by abiding by the law and making sure everyone is comfortable," he said.