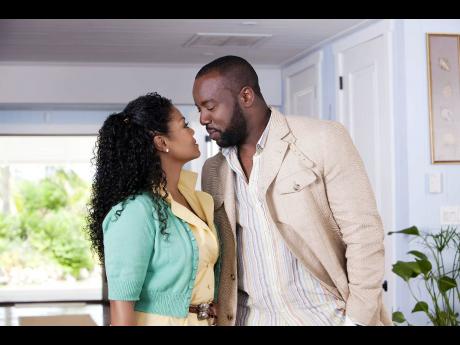 Patricia (Janet Jackson) and Gavin (Malik Yoba) in Tyler Perry's 'Why Did I Get Married Too?'. - Contributed Photo

The University Singers' annual Christmas carol service and BOJ Christmas concert have been on many Jamaicans must-go lists for years, and they have always delivered. And three years ago, their musical offerings got even richer with the addition of an Easter show.

What is also promising to be a long-standing tradition is on today. It is the fourth staging of This Joyful Eastertide at the University of the West Indies Chapel, Mona, starting at 5 p.m. The well-anticipated show will feature past and present soloists singing sacred traditional and contemporary songs.

The event opens with the traditional version of This Joyful Eastertide, and will see performances from Jhana Williams (Agnus Dei and I Am Searching For a City), Stacy Adams (Pie Jesu), Carolyn Reid-Cameron (You Can Tell The World), Warren Thompson (The Lord Is My Light and My Salvation), Marcelle Thomas and Sheree Thomas (When I Survey), Murphey Osbourne (The Lost Chord), Roy Thompson and Franklin Halliburton (Second Word), Rochelle Brooks (Ride On King Jesus) and Anthony Alexander (He Was Crucified), among others.

Guest performers will be Faith Livingstone performing Our Father and He's Got The Whole World, and Ian Andrews emoting Were You There and The Lord's Prayer. Livingstone and Andrews performed with The Singers for years before moving on to other endeavours. Ludwig van Beethoven's Hallelujah Chorus (from Mt Of Olives) closes the evening.

This year's staging, coming at the usual time of renewal and continuity, is the first following the transition of the group's long-time artistic director Professor Rex Nettleford. And in support of the continued Haitian earthquake relief efforts, proceeds from the concert will be donated to that cause.