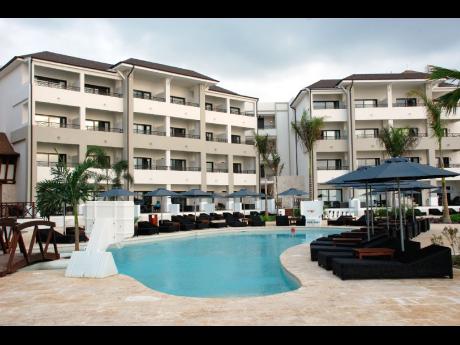 Weeks ahead of the end of the winter tourist season, stopover arrivals to the tourism capital, Montego Bay, are being bolstered by the opening of the all-suites, all-inclusive, adults-only Secrets Resorts and Spa.

The AMResorts property had a soft opening last Wednesday with the unveiling of the 350-room Secrets Wild Orchid Montego Bay. Its sister property Secrets St James, with an additional 350 rooms, opens officially next month during the annual Jamaica Product Exchange trade show, May 12.

To date, the two-resort $180-million project has reportedly infused $100 million into the local economy, created 1,500 jobs during construction with an additional 950 jobs provided for resort operations.

Within the first year, AMResorts says that the two properties are projected to receive more than 52,000 guests, an average of 70 per cent occupancy for the period, pumping added revenue into the rebounding hospitality sector.

Commenting on the prospects, the island's tourism minister Edmund Bartlett described the projection as "fantastic for a first year".

He said, "The significance of having international partners with global marketing machinery and a high degree of integration means they can give you a higher initial value and augment your destination marketing significantly."

Secrets Resorts and Spas has the capabilities of that global marketing machinery the tourism minister speaks about, being a member of the Preferred Hotels and Resorts Worldwide.

Minister Bartlett added that Jamaica's high-profile position in the international market makes it infinitely easier for leisure operators such as AMResorts access to initial good results.

He was quick to point out that all the Spanish resorts, including RIU, Fiesta and Bahia have had excellent results in the first year of operation.

Minister Bartlett's comments were cemented by AMResorts president and CEO Alex Zozoya who said, "Not only has Jamaica consistently remained strong during these tough economic times, but its natural beauty, premium tourism offerings and consistent appeal made it a destination of choice for Secrets Resorts & Spas."

The design of the Secrets Wild Orchid Montego Bay is reflective of the cultural roots and tropical beauty of Jamaica, taking inspiration from the island surroundings with its warm neutral tones and unique indigenous art.

In addition, the resort is home to the Seawind Beach Club complete with couples cabanas, palapas and a gourmet restaurant. There is on-site sports including tennis, beach volleyball, basketball, soccer and non-motorised water sports, and daily yoga, aerobic, and introductory SCUBA classes and over 16,000 square feet of meeting space for business conventions and weddings.