CHOICES: Running off, or standing up? 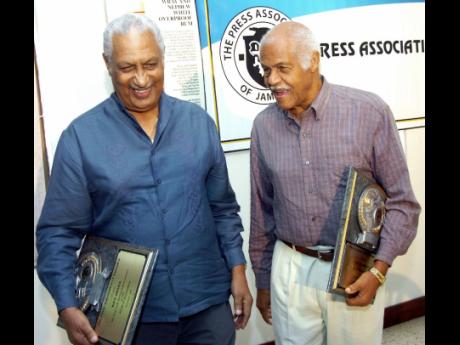 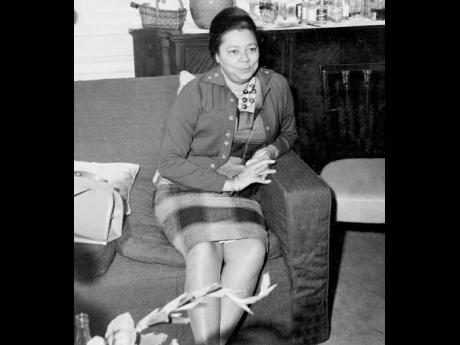 Glorious students running on the field of sports have made us proud and pleased. Sadly, there are many others being schooled to run when they should be standing up to challenges.

The evidence came in a radio survey in which a large majority of those university students interviewed declared that the country had such hardships that, given the opportunity, they would abandon their troubled homeland and go in search of greener pastures overseas.

It seems to me that these frustrated academics are in need of some advice. They do not know how lucky they are; and that their forebears had to face and overcome much harder times than these. A measure of ingratitude may have overtaken their better judgement but worse, our education system seems not to have prepared them to acknowledge their antecedents, assess their inheritance and learnt how to build on what they have received.

Two generations ago many of those who now complain would be unable to access secondary education, much less enter the gates of a university campus. They would have had to be content with a primary-school education that terminated at age 15; and, without ceremony, be thrust into a labour market with scarce choices of apprenticeship or employment.

Pigmentation would have mattered. If their skin was dark, they could not get a job in a commercial bank nor work in stores located on King Street. A person such as Osmond Fairclough, who had managed a bank in Haiti, was offered a janitor's job in the Jamaica of that time. Stung by that and other rejections, he did not run, but became the prime campaigner for the formation of a political movement that helped to improve life in the future.

The main source of employment available to the ancestors of those discontented undergraduates was at the lower levels of government service, commerce and industry, particularly the sugar industry in which " ... the labourer did not know beforehand what he would be paid".

In her memoirs, the late Lady Bustamante records a description of the situation prior to the liberation activities that led to greater opportunities for the present generation:

"Thousands of unemployed drifted to the city of Kingston, lured by the belief that there was work and high wages to be found on the docks. Every announcement that the colonial government had voted sums for public works attracted the rural unemployed. They poured into the city on cane wagons, drays, coal carts and on foot. These rural job seekers congregated in the already unhealthy slums of Trench Pen, Kingston Pen and Dungle Hill ... . It was estimated that in 1938, there were between 10 and 12 thousand unemployed in the city of Kingston. The cost of living was high ... people crowded into dismal, ill-ventilated tenements which lacked proper sanitary provisions. Throughout the island, health conditions were poor - tuberculosis, yaws, venereal disease, hookworm and malnutrition were rife. The illiteracy rate was high, for poverty and ill-health combined to keep school attendance low, even where accommodation was possible.

"In short, there was total neglect of the masses. The colonial government was more interested in balancing the colony's budget. The Legislative Council reflected the structure of the society. Most of the elected members were too far removed from the masses of the people to have any real understanding of the social and economic conditions under which they existed. In fact, the bulk of the population was unrepresented ... the right to vote was based on economic position. The social structure of the island had changed little since 1838."

Norman Manley, who neglected his lucrative profession to help the generations following his, explained the state of affairs that spurred him into action:

"The vast majority of our people were political zeros, with no voice, no rights and no share in the affairs of the country. Born to obey its laws and to suffer its hardships and to pass silently and unnoticed to their graves."

It was in these trying circumstances that defiant men and women determined to toil for better working conditions, more schooling and better jobs in commerce, industry and the professions; brighter visions for the future and sturdier stairs to higher standards of living. The soldiers of this movement could have considered flight had they been made of the untempered material of which some of our youths are fashioned. They stayed the course; and because of their resilience, tens of thousands have been spared the privation and indignities of the past. Because of yesterday's lowering of the hurdles today's children may attend a university of their choice and occupy the commanding heights of the social and economic environment.

On Saturday, March 27, we rejoiced in seeing a great number of boys and girls vying for athletics championships. They were drawn from 150 secondary schools across the island; they were running, not on rough grass and hard dirt, but on a world-class track. They were observing international rules and standards; and the winners among them had medals of honour placed around their necks, while thousands cheered. The Olympic heroes of ancient Greece could never have been more applauded. Yet, two generations ago in Jamaica this scene could not have been. Then, the Government of Jamaica owned only two secondary schools and provided grants-in-aid to 27 others; a total of 29. There was one technical school and three practical training centres! Yet, we often hear the inelegant expression: "Nutten naw gwaan!"

The events of March 27 at the National Stadium constituted more than sport. It was a demonstration of progress made in opportunities for education and the development of self-esteem; an example of how our youngsters should make the most of what this troubled country can provide. Rather than proclaim that nothing significant has been achieved, those who have experienced or read more deeply of Jamaica's development must speak of brave men and women who did not turn away from the thorny tracks that led to where our lambs now safely graze.

Ken Jones is a veteran journalist. Feedback may be sent to columns@gleanerjm.com.