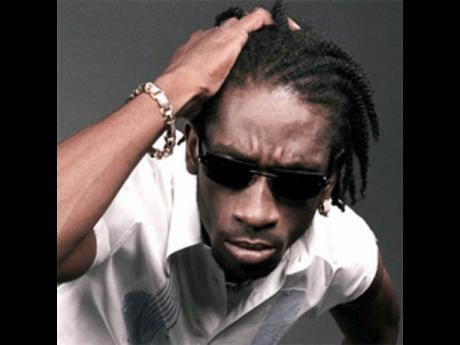 Local dancehall stars Beenie Man, Bounty Killer, Mavado and Aidonia, as well as selector Ricky Trooper, are set to lose millions of dollars in earnings based on United States decision to revoke their visas.

Last Wednesday, news came that the US had decided to revoke the visas of the five but, so far, there has been no word from the embassy in St Andrew as to why.

And even as Jamaicans speculate about the reason for the about-turn from the US Embassy, the fact is the decision brings devastating financial consequences for the four deejays and one sound-system operator.

All four deejays were scheduled for this year's staging of Best of the Best at Bicentennial Park, Miami, on May 30, with Beenie Man also slated for last night's Firestone Live in Orlando, Florida.

Mavado was to perform on April 23 at Sneaky Petes in New York and on May 8 at Club Nokia in Los Angeles.

Late January, it was reported that Aidonia's two-week stint in the US was going well, with dates in Bronx and Hartford, while a video recording of Ricky Trooper, made when he was in Atlanta, USA, for his birthday celebrations in January, was posted on YouTube in March.

In the video, Trooper brandishes what he later told The Sunday Gleaner was a lighter shaped like a handgun.

"All of them are dancehall acts and the biggest market for dancehall music is the US, I would say, when it comes to shows and that sort of thing. The earning potential is severely impaired for these acts."

Another music industry insider who spoke on condition of anonymity agreed.

"I would think that a third to a half of their shows would be in the US market." He also pointed out that there are implications for other markets as well, as not only might the authorities in other countries have a different perception of the entertainers involved, but the US is also a travel hub.

The music insider noted that to perform in many countries in Central America, Western Europe, the United Kingdom, Africa and Japan, the entertainers have to travel through the US.

He said the ban affects Beenie Man (based on the track record of his performances) and Mavado (riding on his current popularity) most, with Bounty Killer a distant third while Aidonia, a "young artiste", is just building his fan base.

There does not seem to be an income stream readily available to replace the US shows, and McKenzie points out that "touring is the biggest income stream in the music business. It has always been for reggae and dancehall".

Getting a fix on concert income for these entertainers is well nigh impossible, as the fees vary widely with the capacity of the venue and the type of performance (time and on tracks or with a band) among the determining factors.

While McKenzie estimates artistes' fees in the "tens of thousands to many multiples of that", the industry insider believes the entertainers collect between US$6,000 and US$15,000 for each show.

The slash in income, of course, affects everyone connected with the artiste, from backing band through to manager and booking agent.

As McKenzie puts it, there is a "kick-on" effect along the chain. In addition, if deposits have been collected for upcoming US shows and the artistes now cannot fulfil their contractual obligations, the money paid already should be returned. "Whether it could or would is another matter," McKenzie added.

"It affects their earnings. There is no replacement market. There is no market they are not exploiting," he said.

Whether this now creates an opportunity for other performers is debatable.

McKenzie said: "I suppose one could always look at this as the fall of one man is the rising of another. I don't know. The point is you might have some people who say we can't get Beenie and Bounty, we'll take the second tier. With Beenie, Bounty, Kartel, Buju out, you are running out of options."

However, where the danger lies may be in persons who live outside Jamaica stepping into the void - this in a situation where already foreign reggae acts have a very strong presence - and thus in turn reducing Jamaican artistes' income in the long run.

"In many places, you have reggae being part of their range of expression. That would have to be a consideration, as people from these places start emerging. That is a possibility," McKenzie said.

There is no doubt that the visa revocation comes at an already bad time. McKenzie said, "One of the things I've looked at is the world situation of different territories using different reasons for restricting us from entering them. Europe has concerns about the homophobic stuff, the Caribbean people tend to not talk about homophobia, but violence. The space is being restricted."

And, as the industry insider puts it, "I think this is another strategy to trap Jamaicans in Jamaica and keep them out of other areas. It may be self-inflicted, but the point is they are willing."