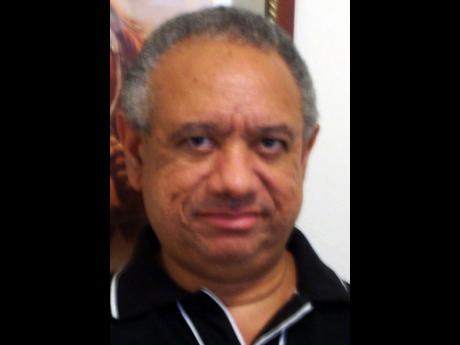 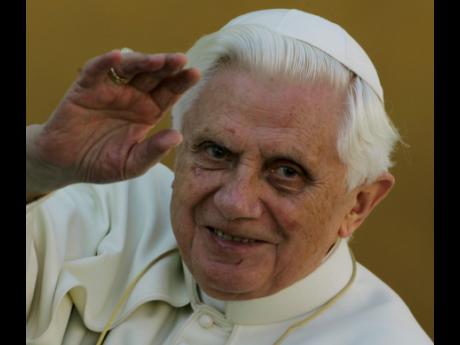 It's time the Roman Catholic Church faces reality and abandons its 12th century canons of celibacy.  Once again, these so-called rules of Christian discipline weren't imposed by Jesus Christ on any of his Apostles, nor did he preach celibacy for any seeker of the Kingdom of God, or even for Himself, although He is believed to have been celibate. The plain truth is that these archaic canons have turned a formerly noble denomination into a cult that invites to its membership, harbours and encourages perverts of every description. Where better for a pervert to hide from civil authority than in an organisation whose original canons order him never to be seen with women?

"Canon 3: We absolutely forbid priests, deacons, and sub-deacons to associate with concubines and women, or to live with women other than such as the Nicene Council ... for reasons of necessity permitted namely, the mother, sister, or aunt, or any such person concerning whom no suspicion could arise."

No suspicion could arise? Really? Hasn't the RC Church heard of incest?

Canon 21: We absolutely forbid priests, deacons, sub-deacons, and monks to have concubines or to contract marriage. We decree ... that marriages already contracted by such persons must be dissolved, and that the persons be condemned to do penance."

Thus it was established that anyone who had obeyed the Old Testament mandate "And you, be ye fruitful, and multiply; bring forth abundantly in the earth, and multiply therein" (Genesis 9:7) became someone who couldn't be trusted to be God's cleric unless they first atoned for these misdeeds. And it was further presumed that a man who had a wife or concubine couldn't serve God with an undivided heart as his loyalty to God would be compromised by his responsibility to his wife/mistress.

But the unlimited silliness of this rule of discipline is established in that the church can change it at any time, and has done so to permit deacons and sub-deacons to marry, but not priests or nuns. Furthermore, married men can now be ordained but ordained men cannot marry. This must be the Guy Lombardo Show!!

So, the rest of us ordinary mortals who've been fruitful and multiplying like crazy; tearing out our hair as to how to educate our children and keep our wives and concubines in a manner to which they were previously unaccustomed obviously have no chance whatsoever of ever getting past St Peter at the pearly gates. Mark you, when Peter was an apostle, he was very married but, somehow, that didn't prevent him from carrying the word of God far and wide and setting the stage for various assorted scribes to try for worldwide best-seller status by writing about the life of a man they never met in tones (and tomes) that brook no contradiction.

One of those scribes, using the pen name Matthew, presents the following hearsay evidence (Matthew 19:3-6) as having been spoken by Jesus:

"The Pharisees also came unto him ... saying ... is it lawful for a man to put away his wife for every cause?

And he answered ... have ye not read that he which made them at the beginning made them male and female, and said, for this cause shall a man leave father and mother, and ... cleave to his wife: and they twain shall be one flesh?

Wherefore they are no more twain, but one flesh.

For those of you in any doubt, rest assured that every pope and cardinal of the RC and any other church falls under the legal, spiritual and religious definition of "man". Later on (Matthew 19:9-12), he quotes Jesus as saying:

"And I say unto you, whosoever shall put away his wife, except it be for fornication, and shall marry another, commiteth adultery: and who so marrieth her which is put away doth commit adultery.

His disciples say unto him, if the case of the man be so with his wife, it is not good to marry. But he said unto them, All men cannot receive this saying, save they to whom it is given.

Some believe that this reference to "eunuchs for the kingdom of heaven's sake" was an exhortation by Jesus to celibacy but that's just plain silly, as He had just affirmed that marriage was one of the highest forms of life's purpose. What Jesus was saying, in response to a student's query as to whether or not marriage to a divorcee or by a divorced man was bad, was simply that very few men can abstain from sex (that's the way God made them to ensure multiplication); that the only "righteous" sex is in marriage; so, unless you're born a "eunuch" (disinterested in sex with a woman); or castrated; or elect to be celibate for the sake of preparing for the kingdom, it's not the end of the world if one remarries. However, to make celibacy a requirement is harebrained in the extreme.

"It's not an easy road

but we are pulling our load.

It's time for fun so run, run come.

So, here we are, centuries later, with the Roman Catholic Church now fully infested with these predatory perverts. And now that the chickens of celibacy have come all the way home to roost (they've been returning ever since the first pope to require celibacy, ironically named Sincius, introduced the ridiculous rule), the current, so-called Vicar of Christ, Joseph Ratzinger, who has spent a career protecting these perverts from civil authority, is now drowning in his own past sins of omission and commission, spinning like a gig and his head revolving like Linda Blair trying to ward off the truth.

Let's take a close look at some of the more colourfully persistent perversities promoted and encouraged by the RC Church and covered up by Ratzinger himself.

For decades, Father Lawrence Murphy molested up to 200 young boys who were students at a school for the deaf in Wisconsin. Cardinal Joseph Ratzinger (as he then was) received letters about Father Murphy in 1996 from the Archbishop of Milwaukee, who said that the deaf community needed "a healing response from the church." The Vatican buried the letter; then equivocated; and, when Father Murphy died in 1998, he died a priest.

Then there is the egregious case of Marcial Maciel, the Mexican founder of the Legionaries of Christ, a most powerful Roman Catholic Order, who molested young seminarians for decades and also fathered many children. Maciel was a beloved friend of the oft treated-as-a-saint Pope John Paul II and the allegations against him were personally vetted by John Paul's close associate, Joseph Ratzinger.

Again, Maciel was never so much as defrocked, although the Vatican ordered him, in 2006, to live in seclusion, and he died a priest in good standing. Neither of these two perverts and sex offenders in priests' clothing was ever handed over to civil authority.

And so, in Apochrypha, it came to pass that a young monk arrived at his first monastery and was assigned to helping the brethren copy the church's old canons by hand. He queried of the head abbot about the practice of copying from copies rather than the original manuscripts, pointing out that any minor error made in the first copy would thereby become institutionalised.

The head monk, a firm traditionalist, said, "We've been copying from copies for centuries, but you have a point, my son."

He descended into the dark caves below where the original manuscripts had been archived in a locked vault for hundreds of years. Hours passed and the old abbot didn't return ...

So, the worried young monk went to look for him and found the old abbot banging his head against the wall and wailing.

"We missed the R!

We missed the R!

We missed the R!"

His forehead was bloody and bruised and he was crying uncontrollably. The young monk asked, "What's wrong, Father?"

With a heartbreaking tremolo in his voice, the old abbot replied, "The word was ... CELEBRATE!!!"

Run, run come have some fun - let us celebrate!"

What a R.C. Church in truth! Come on!! What's the real purpose of this inane rule?

"Wake up everybody no more sleepin' in bed

No more backward thinkin' time for thinkin' ahead

The world has changed so very much

From what it used to be so

there is so much hatred war an' poverty."

Even purveyors of the Devil's music like Slim Smith (as recorded by the Techniques) and Victor Carstaphen, Gene McFadden and John Whitehead (as recorded by Harold Melvin and the Blue Notes; featuring Theodore Pendergrass Jr) got it right decades ago. Since even 'Bombshell' McGee can see that the celibacy rule isn't keeping priests sexless or focused on their "marriage" to Christ, there has to be another purpose and it can't be to make Tiger Woods look innocent. What's the church's agenda? Since priests give up worldly possessions to join, is this a daft way of avoiding legal claims on church property by priests' offspring?

Gordon Robisnon is an attorney-at-law. Feedback may be sent to columns@gleanerjm.com