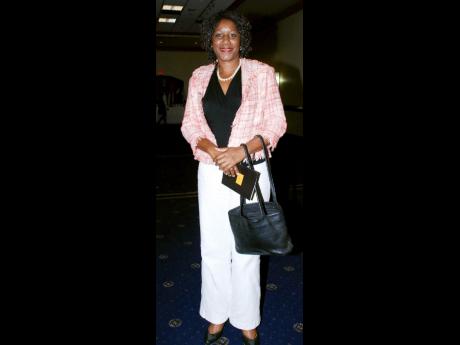 Stopped in her tracks by our cameras, Joan Jonas gave Outlook a little smile. 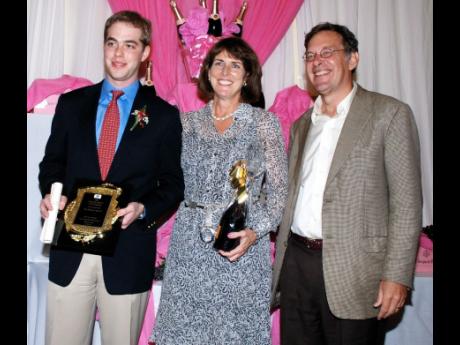 Proud parents Mark and Julie beam beside their son Anders Jones (left), who received the first ever Jamaica Pegasus Outstanding Philanthropy Award, for Teens for Technology, from the Kiwanis Club of New Kingston. - Photos by Colin Hamilton/Freelance Photographer 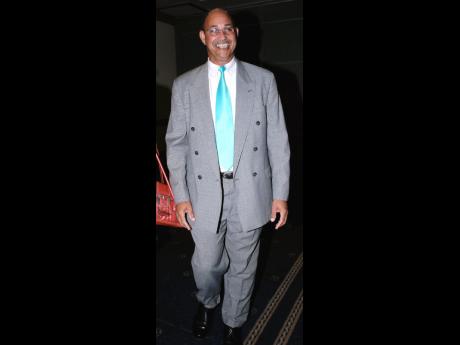 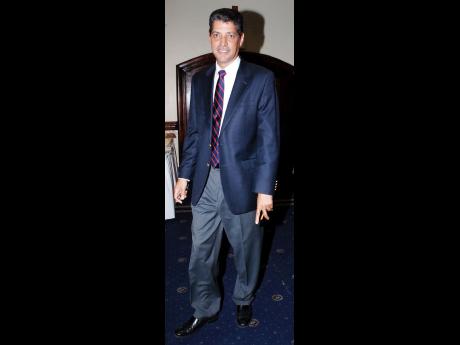 No better place to be than in a room full of women. Ask president of Dunlop Corbin Communications, Gregory McClure. The smile says it all. 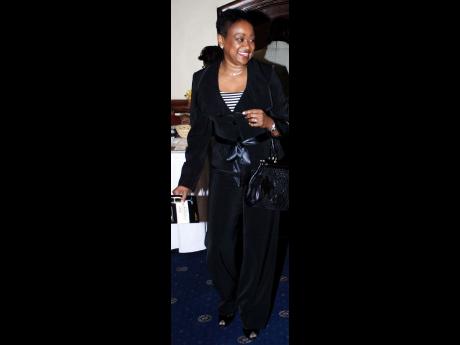 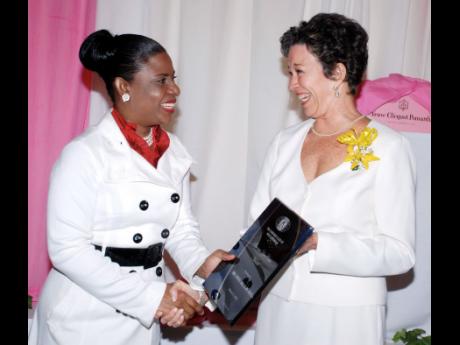 When the all-female Kiwanis Club of New Kingston hosted its 18th Women of Excellence Champagne Luncheon, it was one fabulous affair.

Smartly attired women, some with men in tow, flashed gorgeous smiles in greeting each other as they quickly filled the Montego Suite at The Jamaica Pegasus hotel in New Kingston.

It was to be a fine afternoon with good friends and great food, complemented by glasses of Veuve Clicquot champagne. With the focus of the club being the delivery of service that positively impacts the lives of children and women, the function served two purposes: the celebration of women and raising funds to assist the Neonatal Care Unit at Kingston's Victoria Jubilee Hospital, with the hope of purchasing several critical pieces of equipment at an estimated cost of $3m.

However, the first award of the evening was not to a woman, but to a young man. Ten years ago, as a teenager, young Anders Jones of Boston, Massachusetts, had a conversation with a taxi driver on a visit to the island. That casual encounter was the birth of Teens for Technology, which to date has provided hundreds of computers to primary and secondary schools in Jamaica. Jones was awarded the first ever Jamaica Pegasus Outstanding Philanthropy Award.

There were many standing ovations and salutes as outstanding women were honoured for their contribution to the society. Certified yoga instructor and executive director of RISE Life Management, Sonita Abrahams, received the Kiwanis Club of New Kingston's Because You Care Award. Gleaner columnist and principal of Ardenne High School, Esther Tyson, received the Champion of Distinction award. The Veuve Clicquot Women of Excellence Award went to Senator Marlene Malahoo Forte, potter Norma Harrack, and Dr Carol Jacobs.