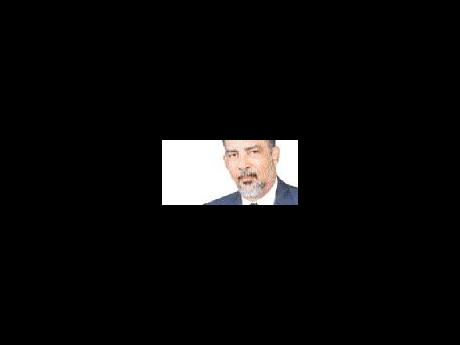 I have encountered more and more people recently who lose themselves in nostalgic reflection on the days before independence. After 48 years, when two full generations have been born and grown knowing no other state of existence, it is a peculiar phenomenon.

However, I recognise that it has its roots in a creeping disillusionment that has overtaken many of us who can recall days when things were better in certain areas of our national life. The fact is that we have not been able to achieve any long-term sustainable economic development since independence. Social development has been minimal and has come at great economic sacrifice.

There is something fundamentally wrong with the structure of Jamaica's economic foundation. When we consider our natural resources, the successes of our musicians and sportsmen, the resilience of our people, there is no reason for Jamaica to be poor. The answers lay clearly at the feet of our political structure and the economic policies which we have pursued.

The Westminster model has proven to be totally unsuitable for a small island state like Jamaica. There is far too much power concentrated in the hands of one person - the prime minister. The efforts of our political masters are concentrated on maintaining or obtaining state power at the expense of the fiscal decisions needed to move this country forward. We cry out for leadership of a Sandiford of Barbados or a Chambers of Trinidad, who both sacrificed political power for decisions that were necessary to place their respective countries on a path for sustainable economic and social growth.

We have consistently pursued short-term monetary policies because of political expedience. We are now in the whirlwind of years of political and economic mismanagement. Despair and hopelessness face us at all levels. Today, we need a major paradigm shift with the emphasis on a new political structure where there is clear separation of the legislative, executive and judiciary arms of government. We need fiscal policies that will provide economic growth, a fiscal surplus, and macroeconomic stability.

The racing industry reflects this mismanagement and is replete with examples of the grave injustices which plague our people. Those of us in the industry have been complaining bitterly about the iniquitous claiming system.

I am grateful to fellow writer Ainsley Walters (Jimmie) for bringing to our attention the continued gross injustices that plague the participants of racing. He wrote:

"Watching Wayne DaCosta's JUNGLE QUEEN land Wednesday's fifth event, a $450,000 claiming race, it was a painful reminder of what local racehorse owners have had to endure under the claiming/ condition system introduced in January 1993.

Judging from her exercise workouts, JUNGLE QUEEN is far from unsound. In fact, by the standards of the general horse population at Caymanas Park, she is as sound as a bell.

However, in order to have JUNGLE QUEEN earn her keep, her owners were forced to sell her for $450,000 on Wednesday.

Bear in mind the four-year-old filly is not badly bred and actually placed fifth, behind SAINT CECELIA, in last year's Jamaica Oaks.

What if JUNGLE QUEEN's owners - genuine horsemen to the core who, year after year, invest millions of dollars into breeding, importing and racing horses - wanted to keep the filly for breeding purposes, but wanted to have her pay her way for at least another year?

Unfortunately, the claiming/condition system, introduced primarily to police racing because of the inadequacies of the Jamaica Racing Commission (JRC), has denied JUNGLE QUEEN's owners their right to viably keep their horse in racing.

Consistent to the core but a notch below above average, many horses such as JUNGLE QUEEN have fallen victim to a system that does not and cannot take into account an animal's value to its owner.

Therefore, instead of waiting forever to win a non-winner-of-three race, incurring expenses along the way, as purses from her non-winning efforts can't maintain her, JUNGLE QUEEN's owners sell a potential broodmare for $450,000, earning 70 per cent of the $288,300 winner's share of the $528,000 purse.

What if 17 years ago, instead of putting claiming tags on horses in a jurisdiction with one racetrack, Caymanas Track Limited and the JRC had decided to collectively battle corruption in local racing instead of using a fix-all - the ill-advised claiming/condition system?

Even if a horse like JUNGLE QUEEN made it to overnight allowance, she could find herself facing an open allowance horse, who, for the last two or three months, was beaten by horses competing in stakes races.

All claiming/condition racing has done is to further pauperise owners, trainers, jockeys and grooms, obliterate the horse population, create lopsided racing and has chased many from the sport.

There was nothing wrong with the rating/handicap system. It was those administering it who were at fault. Nobody after Dennis Lalor had the spine to tackle in-and-out running and doping to minimise corruption.

Truth be told, over time, claiming/condition racing has had the reverse effect of what was intended, as there are far more scamps now masquerading as owners, trainers, jockeys and grooms than there were before 1993.

Howard L. Hamilton is a former Chairman of the Racing Promotions Limited and Caymanas Track Limited. He is the current president of Thoroughbred Owners & Breeders Association. He can be contacted by email at hhamiltn@cwjamaica.com.