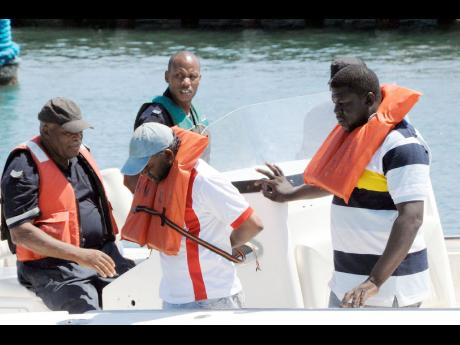 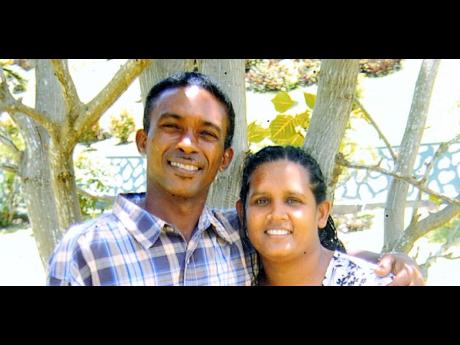 David Richards and his wife 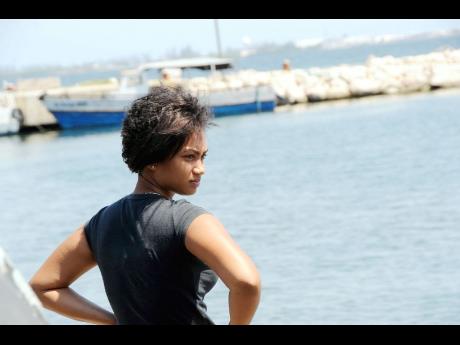 Kimberly Richards appears lost in thought as she gazes out to sea at the Marine Police Newport East headquarters yesterday. Her father, David Richards, was one of the victims of this weekend's boat tragedy in Bushy Cay, off the coast of Port Royal. - Photos by Rudolph Brown/Photographer 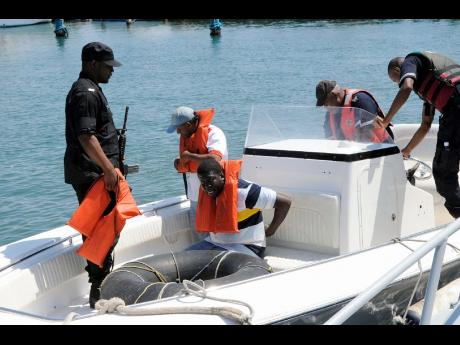 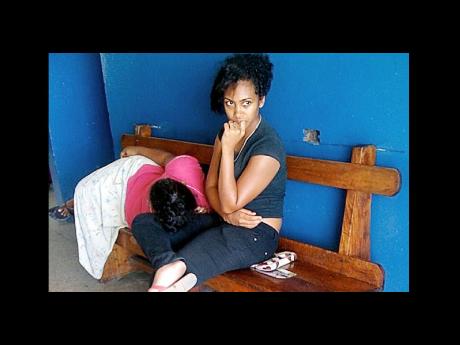 Kimberly Richards is in despair, even as she tries to console her mother, whose husband, David Richards, died in Saturday's boat accident. 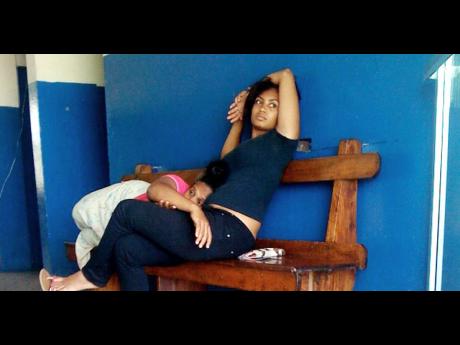 Kimberly Richards is in despair, even as she tries to console her mother, whose husband, David Richards, died in Saturday's boat accident.
1
2
3
4
5
6

Different accounts are emerging about what took place on the ill-fated boat ride that left two people dead on the weekend.

While the captain of the boat is claiming that it "tilted over" when a sudden wave caused some people to panic, police sources say the vessel was overcrowded.

One police officer who was part of the initial rescue operation said at least two dozen people had been on-board the 14-foot boat.

"We took 15 to the hospital - nine adults and six children - and there was another vessel in the area assisting people who were in the water," the officer said.

According to the official police report, 22 people were injured in what started out as a fun-filled Easter weekend boat ride.

The two victims have been identified as Kereen Nelson-Noyan and David Richards, both of Goffe Terrace in Cockburn Gardens, Kingston.

The captain of the boat, who declined to reveal his name to The Gleaner, was one of four persons who gave statements to detectives at the Marine Police's Newport East headquarters yesterday.

Police reports state that the boat capsized at Bushy Cay, off the coast of Port Royal, at 5:45 p.m. on Saturday.

The captain told The Gleaner that his sister and her husband asked to be taken back to the mainland because they had things to do at home.

On hearing this, he said several people asked if they could ride along to another section of the cay to continue swimming.

He said the waves were calm but, just as they set sail, "outta nowhere, a big wave" dumped several inches of water in the boat.

"Some a di people dem get bummy (nervous) and start move all over the boat, an' a dat tilt it over," he said.