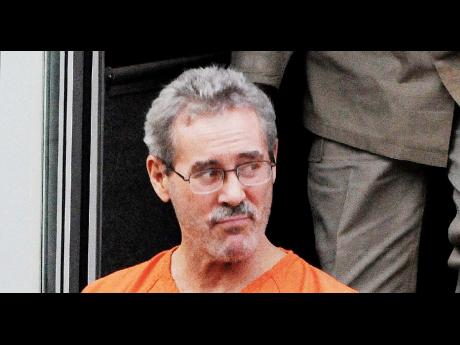 In this September 15, 2009 photo, financier R. Allen Stanford steps off a prison transport bus at the federal courthouse for a hearing in Houston. Stanford was indicted on charges he ran a US$7-billion Ponzi scheme, which he denies. - File

Attorney General Justin Simon confirmed the move, adding that notice of the revocation would be forwarded to Stanford next week. He explained that this must be done since the law prescribes that Stanford must return the insignia.

Stanford was knighted on the recommendation of the main opposition Antigua Labour Party in 2006 during Antigua and Barbuda's Silver Jubilee Independence celebrations.

Moves to strip Stanford of the knighthood began last year, months after he was charged by the United States Securities and Exchange Commission of perpetrating a US$7-billion Ponzi scheme that bilked unsuspecting investors.

Stanford, who is in jail in the US awaiting trial, has denied any wrongdoing.

He had created a banking empire and increased his popularity in recent years through multimillion-dollar cricket competitions which earned sportsmen unprecedented pay cheques.