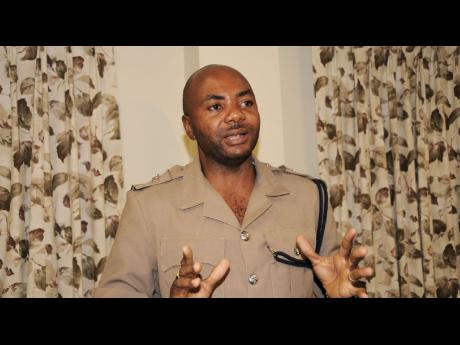 Merrick Watson: Cops have been warned to be on their guard. - File

THE ST James police confirmed yesterday that it has identified and located three of the 32 residents whose names appeared on a hit list taken off the body of a wanted man on Good Friday.

Superintendent Merrick Watson, the commanding officer in charge of the parish, told The Gleaner it was a bit early to determine definitively why the persons were being targeted, but emphasised that investigations were continuing.

The list containing the names of 32 civilians and four policemen was taken from the body of Richard Lorn, otherwise called 'Richie Blacks', 32, after he was shot dead in an alleged firefight with the security forces in Rose Heights. An illegal firearm with several rounds of ammunition was also seized.

Lorn was a member of the notorious Stone Crusher gang operating in Norwood, Salt Spring and surrounding communities. He was originally of Dallas in Hendon, but had taken up residence in Rose Heights recently.

Watson said the four policemen had been officially informed their lives were in danger.

"Police intelligence had picked up the information about three weeks ago that persons wanted to hurt these officers. They were personally called in and informed by me," he said.

"The fact that we have actually seen their names on a list serves to validate the intelligence that we got."

He said the recovery of the hit list was evidence that the cops should increase vigilance.

The Gleaner has learnt that the officers in question include one intelligence officer and three others assigned to the operations unit. Watson said he believed they were being targeted because of their unflinching resolve in taking the fight to hardened criminals.