Keith Souden's rescue from the brink 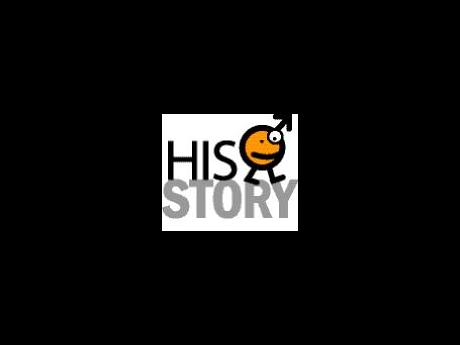 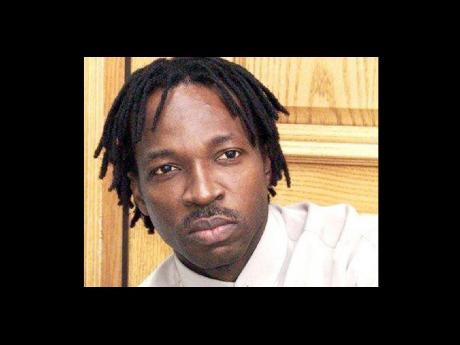 Keith souden ... Anywhere there are sinners, there I am, amongst them, but not one of them.
1
2

"I saw no purpose or reason even to try and continue with living. Everything seemed so meaningless. It was here that I thought about dying. While I never thought I could actually take my own life, the thought of death preoccupied my mind. One could say I was existing, but not living. I was alive, but dead internally. But the entrepreneurial spirit in me refused to die."

These are the words of 44-year-old Jamaica-born Keith Souden, who has been living in Brooklyn, New York, since 1983.

Souden was a 23-year-old college student when life suddenly had no meaning to him. At the time, he was an intern at the NBC network, harbouring thoughts of being a director and an entrepreneur. But after analysing the situation, he concluded that a career in television might not be as 'fulfilling' and 'rewarding' as he had thought. So he left college very confused, and without even attending his graduation.

This was a very serious departure for the young man from St Mary, who had migrated to New York, along with his mother and siblings. Life was good. He owned a car before finishing high school and rose to the position of supervisor at a Sears department store before starting college. He attended college full-time while he worked.

Yet, as he said, he was still full of the zest for being an entrepreneur. As such, he started to promote and produce stage shows and concerts but, for his sake and that of the artistes and patrons, he had to abandon that endeavour. Violence and hooliganism were putting his events in disrepute, and the guns of Brooklyn were kept very busy.

"Brooklyn was filled with violence, and there was a constant need to protect oneself. There were guns blazing all hours of the night. Even though I lived on the fourth floor, sometimes I would have to roll off the bed because the sound of gunshots seemed to be coming from every angle," he recalled.

Into the deep, dark realms of depression he continued to fall, and was gripped by feelings of nothingness. Death was no longer a scary thought; it was a way out of the rut.

"Unlike the Shakespearean Hamlet, who after much grief and contemplation about the afterlife became scared, I had no such reservations about death. I sincerely believed that once you die then that's the end of life, and there is nothing more to worry about. Only God knows why I did not put that gun to my head," Souden revealed.

The gun did not go to his head but, in his mind, there were questions for which he could get no answers. "Who am I? Why was I born? What's the reason for my existence? Why was I placed on Earth in this period and for what purpose?" he asked himself. And there were some other things that took up residence in his head - voices.

"These were not creatures of my imagination, but a constant presence in my space. The voices in my head grew louder. The only description I can compare them [with] is 20 children screaming in very high-pitched voices simultaneously. This was enough to drive anyone to insanity. I seriously thought that I was going insane, to the point where I began calling psychic hotlines seeking help," he recalled.

But the psychics wouldn't answer the phones. A friend of his took him to see one, who did not make sense. A spiritual healer prayed for him; nothing happened then either. In desperation, he went looking for a Jehovah's Witness. One turned up at his door, coincidentally. She promised to send someone to speak with Souden. No one went. He was now on the edge, and a new voice joined the choir in his head.

Souden: "After about four months, from January to April 1994, of these demonic forces, I heard a still, small voice, so calm and so gently, saying, 'Come to me those who are heavy burden and I will give you rest.' I had no idea where this voice came from, but I could hear it in my heart. I kept ignoring it for a while, but it kept repeating, over and over."

An elderly woman invited him to church, but he refused to go alone. He invited two female friends, but when he arrived they did not turn up. He stayed with the woman, but he said, "I decided to listen and was so intent on hearing something specific to my individual need, but the pastor said nothing of the sort ... I left church more confused than ever."

One Sunday, at home, he decided to read a book called Miracles of Seed Faith that Evangelist Oral Roberts had sent his mother about 10 years before. In it, Roberts writes about his recovery from a deadly and incurable case of pneumonia after some prayer warriors prayed that he be healed. Souden was touched by the story, so he went to his room, and prayed to God to help him.

"Within two weeks," he said, "my entire life was changed. I saw life more clearly, the demonic forces slowly left, and my mind was as free as ever." However, his trials were to continue.

"Within six months I had lost my job, my car crashed, my girlfriend and I had a mutual breakup and my bank accounts had run dry. None of that was a bother to me, and for the next two years I remained unemployed. In those two years, I read more than 100 books, wrote poems and began teaching others about Christ."

Now, Souden attends Christian Cultural Center, in New York, which has a congregation of more than 37,000. He works with the centre's television ministry, which broadcasts the Sunday services around the world. He has been using film, art, music and the written word to spread positive messages. In 2005, he published his first book, Why Won't God Help Me, which will soon be adapted to film.

This work of fiction is about four children whose mother died and whose father abandoned them. In the streets of Kingston and Montego Bay they struggled, being forced to make some serious decisions after their prayers to God seemed to have gone unanswered.

"It asks several questions about faith, suffering and God's guidance and role in a person's life. My main motivation was trying to learn more about faith," Souden said of his first novel.

Souden describes himself as an unorthodox Christian who is not boxed in by strict religious rules and dogmas.

"There are many others out there like me searching, but don't know where to turn," he said. "So, yes, you will find me in a bar, at a party, or at a stage show, etc. Anywhere there are sinners, there I am, amongst them, but not one of them. This is my ministry and through this I've seen many saved and have led many to Christ."