'Teach one boy at a time' 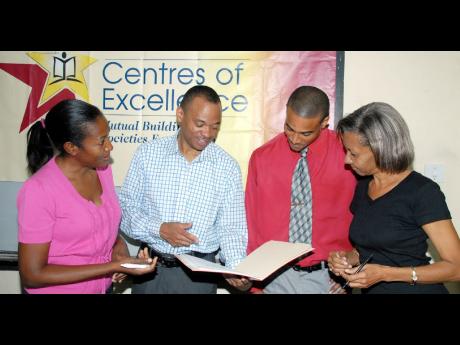 A UNITED States-based educator is encouraging Jamaican teachers to focus on the interests of their individual male students in an effort to improve their academic performance.

Professor of educational leadership at Temple University in Philadelphia, James Earl Davis, charged that the approach to teaching boys is often monolithic and it alienates them.

Davis was speaking at a workshop in Mandeville, Manchester, organised by the Mutual Building Societies Foundation for schools participating in its Centres of Excellence project.

"The best strategy to use when dealing with boys is to really focus on identities, individual dispositions and gifts and then tap into those to develop strategies to incorporate them into the learning process," the professor advised educators attending the workshop.

Educational institutions in Jamaica continue to struggle with poor male performance at all levels of the system - a situation which is frequently linked to the high rate of unemployment among male youth, as well as the incidence of antisocial behaviour. Nationally, only 27.1 per cent of boys attained passes of grades one to three in the 2009 Caribbean Secondary Education Certificate exams compared to 38 per cent of females.

At upgraded schools participating in the Centres of Excellence project, the data is similarly troubling, said Dawn Sewell-Lawson, assistant programme manager of the venture, which is geared towards trans-forming the delivery of education in six non-traditional rural high schools across the island over a five-year period.

According to Davis, many boys are underperforming because they do not respond to some traditional methods of teaching.

"The more they stay in school, the more they dislike school," he underscored, pointing to the 'chalk-and-talk' methodology most class-room teachers employ. He said boys, who tend to be more tactile learners than girls, need to have their own interests incorporated into the lessons.

"Boys need to feel like they are part of the curriculum and one way you can do that is to allow them to assist with designing their learning plans with parents and teachers," he said.

He pointed out that boys display characteristics that teachers can use to improve their performance and encouraged teachers to take advantage of those characteristics. One way of doing this is by setting high expectations for boys in the classroom and allowing them more room to take risks.

"Give them risks and allow them to engage in competitions. Limit classroom rules and, where possible, let them help to create the rules," he encouraged teachers.

Educators attending the workshop responded positively to the strategies being promoted by the US-based professor, with many vowing to incorporate them into their teaching plans.

"I am going to be adjusting my lesson plans so that I can deal with the boys on a more individual basis, so we can identify their specific interests and develop strategies that can cater to them," said Kingsley Thomas, social studies and geography teacher at the Mile Gully High School in Manchester. In addition to that, Thomas, who is also a Scout leader, said he would be strengthening the Scout programme to provide guidance for boys who were struggling both with academics and behavioural challenges.

"We need more influential men to mentor our boys, so I'm going to be using some of my Scout leaders to mentor boys," he said.

Science teacher at the Green Pond High School, Natalie Thompson, said her approach to her male students would include more tactile processes.

"I am going to take a different approach to assignments and even tests to suit the way boys understand things because they respond to approaches that are more practical," said Thompson.