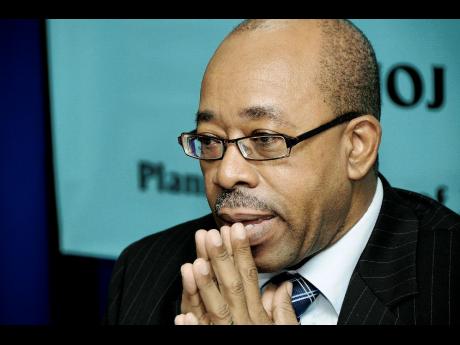 I refer to your editorial of April 1, titled: 'More cause for concern at the Finance Ministry' which I found unbalanced, while missing some of the substantive issues.

The changes in the Budget were meant to avoid us going forward with a hidden gap. Contrary to the view being proffered, the changes were designed to strengthen credibility.

The additional interest payment that had to be accommodated was due to a single instance of a euro loan being converted using the US dollar exchange rate instead of the euro rate. This is regrettable. Contrary to your editorial comment, there was no confusion about whether to use euro or US dollars. Our debt-management system, in converting external debt to Jamaican dollars, defaults to the use of the US dollar. Immediately this error was brought to my attention and the matter investigated, the minister and the Cabinet were informed.

Two options were open to us. The first was to leave the interest figures as originally published and deal with it later in a Supplementary Budget. The second approach, which I favoured, was to deal with the issue immediately. I realised that it would have caused some embarrassment, but credibility is built on facing the truth, not covering up errors. If the price of truth telling is to be pilloried by editorials then, so be it. Most people I have worked with over the years know that this is the way I approach life and my work.

Over the six months I have been at the Ministry of Finance and the Public Service we have worked tirelessly to accomplish a number of critical tasks in the environment of weak revenue growth and increasing demand for resources. Over the period we:

1. successfully completed a complex and difficult set of negotiations with the International Monetary Fund;

2. worked diligently to meet the March 31 targets agreed with the fund; assessment of which will be completed in another four to six weeks;

5. completed the drafting and tabling of the 2010/11 estimates of the expenditure in the time directed by Cabinet.

During the period, the economy has maintained a fair degree of stability and it has attracted significant inflows from our development partners.

The exchange rate error amounts to 0.03 per cent of the total budget. It was discovered by the staff, corrected by the staff and brought to the attention of the country to ensure a Budget with no hidden gap.

There is an ironic twist to the conclusion of your editorial which suggests that the revisions to the original estimates "can undermine confidence in the Budget". The approach under which the Ministry of Finance and the Public Service operates, buttressed by the recently passed Fiscal Responsibility Framework legislation requires that all planned expenditure must be included in the original Budget.

Another criticism in the editorial was that I should have prevented the tabling of the Budget "without up-to-date comparative data". This is a surprisingly naïve view about how the Government operates and overstates the power of the financial secretary. The dates for the Budget proceedings are decided by the Cabinet. Public servants are expected to abide by the decisions of Cabinet.

The absence of the "up-to-date comparative data" in the estimates of expenditure has happened many times before and has never been the subject of debate. This time around the explanation is quite simple. The second supplementary Budget had to await the completion of the JDX. The time between approval of the second supplementary and March 25 (set by Cabinet) for the tabling of the estimates made it impossible to incorporate the new data. When the matter was raised in parliament, we could have recalled the sections of the Estimates already with the printers but this would have meant a costly revamp of the whole document. This would also require Cabinet approval to push the Budget back a week or two. This was not considered desirable.