A moving NDTC tribute to Nettleford 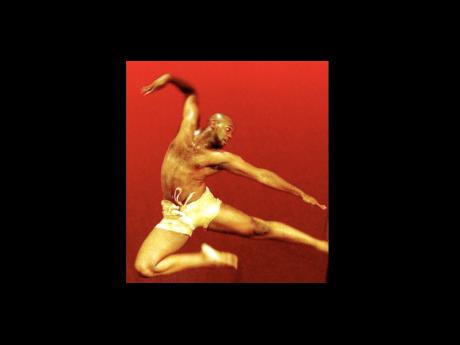 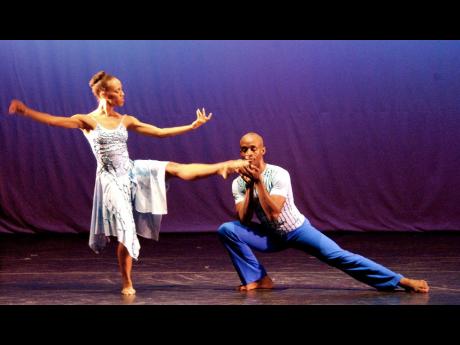 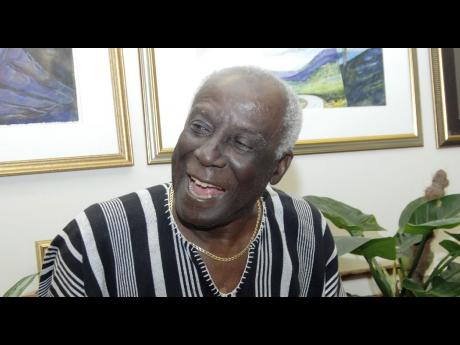 The king is not dead! Of course, Rex Nettleford was not physically present at The Little Theatre on Sunday morning, but his spirit was. Powerfully.

It lived on in the many facets of the traditional Morning of Movement and Music Easter concert mounted by the National Dance Theatre Company (NDTC), which Nettleford co-founded in 1962. His spirit was in the dances, music, song, costumes, décor, lighting and, especially, in the emotions and memories of the performers and off-stage crew, and the audience which packed the theatre.

The morning's memories of their deceased leader no doubt began when the production personnel woke in the pre-dawn hours of Sunday morning, but group-generated emotions burst forth as the dancers gathered onstage at 4:30 a.m.

One of them, Marisa, told The Gleaner after the show: "When we got there and he (Nettleford) wasn't sitting in the auditorium, we started crying."

Not surprisingly, this sombre mood bled into the start of the concert, at 6 a.m. sharp. As the company's dancers went through their warm-up routine, the black of their tights and leotards took on an unaccustomed significance: there had been a departure, a separation, a loss. Later, the black of the funeral garb of the dancers in Tintinabulum was to connote even more - death.

The 11 dance items making up the programme were all choreographed by Nettleford, to whom the concert was dedicated. It was directed by heir apparent Barry Moncrieffe. The musical director was Marjorie Whylie, the leader, composer and arranger for the NDTC singers. Her assistant was Albertina Jefferson.

Solemnity was manifested both in the generally dark colours of the early segments of the programme and in the music. Whether recorded (for the excerpts from the dances Ritual at the Sunrise and Misa Ciolla) or sung by the NDTC Singers, it was mainly beseeching or plaintive.

"Lord, have mercy," pleaded the singers, who were dressed in black (the men) or deep blue. But it was they who started the gradual change from sorrow to joy with their renditions of Psalm 23 and Our Father, sung to Whylie's original music.

Tintinabulum, which followed those hymns, features transformation. The pain of the dancers, who portray characters at a funeral, gives way to a celebration of life. Later, Kevin Moore, a soloist in an excerpt from Islands, though dressed in black, has as his prop a length of red cloth.

The costumes of the dancers in the next item, Blood Canticles, continued the change process: their dresses were purple. The dancers themselves twirled and ran about, arms raised in praise, while the singers accompanied them with a beautiful Bach piece, Jesu, Joy of Man's Desiring.

Purple gave way to lavender for the excerpt from The Crossing, and by the time Kerry-Ann Henry and Marlon Simms came on for their duet, an excerpt from Cave's End, smiles had replaced seriousness. Costume colours for the work were cream, gold, blue and purple.

For the next dance, from The Crossing, the dancers were in red, gold and green, and happiness continued to grow with the singers coming on for I Feel Good, I Am Running up the Shining Way and I Know Where I Am Going.

Another cheerful visual element was added to the mix for Interconnexion, the penultimate dance, with an image of blue skies and white clouds projected onto the backdrop behind the leaping, running, spinning, sliding, smiling dancers.

As usual, Noel Dexter's joyful composition for Psalm 150, O Praise Ye the Lord, was the singers' choice for the final exultant item. It also featured the full dance company and orchestra. The applause was tremendous.

Comments made by members of the audience as they gathered in the lobby of the theatre included:

Jean: "It was wonderful."

Gillian: "Just as Rex would have liked it."

Clive: "Rex's spirit soars, carrying his passion which will go on and on."

Commenting on the continuing solidity of the company since Nettleford's passing, NDTC Secretary/Treasurer Bridget Spaulding told The Gleaner: "Rex set up an organisation that would continue without a vacuum."

At the door of the theatre, on a bandana-draped table, were two copies of Nettleford's last book, Dance Jamaica: Renewal and Continuity. Mounted above them was his photograph, beside which a long-stemmed white orchid nodded contentedly.