The mother turning lives around 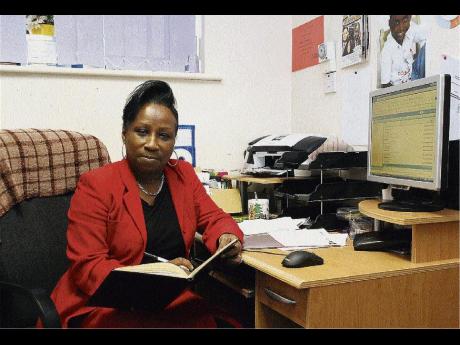 HER office is not much bigger than a large broom cupboard. But this tiny room accommodates a constant stream of young people who come to Thelma Perkins looking for a way out of the gang lifestyle that has blighted so many lives.

They range from men in their late 20s, who have just come out of prison, to teenagers who feel under pressure to join a gang on their own doorstep.

"All of them want to know what else is out there for them so they can rebuild their lives and put the gang lifestyle behind them," explains Thelma, who experienced her first taste of gang crime five years ago when her own son was shot three times.

"He got caught up in a negative lifestyle and this was the consequence. It was a nightmare for us all, but at least my son had another chance, unlike so many others."

After going through this trauma - her son still needs surgery on his bullet wounds - Thelma gave up her career as a social worker to try and make a difference in her community.

Along with another mum, Barbara Sawyer, whose son Daniel was shot dead in Smethwick seven years ago, they founded the group Mothers in Pain.

Based at St Andrew's Community Centre, College Road, Handsworth, they visit prisons and talk to youngsters in school about the pitfalls and the impact of street crime.

"We started up ourselves because we found it very difficult to speak to anyone about what we were going through," says Thelma. "When Barbara and I talked to each other, we found the level of support we were looking for. At that time, there was simply nowhere that we could go for help."

And they have found funding very hard to come by, apart from Urban Living, a Government-funded housing regeneration project which paid for the production of a DVD docu-drama called Ripple, which shows all too clearly the catastrophic effect of gang crime on families.

"I have taken this film into prisons and seen a grown man in tears," says Thelma, who has four sons ranging in age from 34 to 16. "They tell me: 'If I'd known how upset my mum would be, I would never have got involved in all this.' It's a wake-up call to them all - and sons always keep that bond with their mother.

"But I want to know what groups in Birmingham are actually doing to get youngsters out of this spiral and how are they doing it.

"We've already lost enough young people and I want to know where these groups are that can guide them because I have a constant stream of youngsters knocking on my door and I don't know where to send them."

She has several success stories of young people who have turned their backs on violence, come out of prison and started a new life.

"I know one lad who now has a job with a housing association and another three who are in college. They're all on the right road now."

And last year, Thelma was a winner in the national 2009 Alternative Rich List, after she was nominated by the young people she helps. She was one of three winners chosen from 100 people who were put forward for helping to enrich other people's lives.

Thelma's next project is to tackle the postcode war in Birmingham and try to get youngsters from different areas talking to each other.

"We're planning a Community Day in April at the Wallace Lawler Centre where we regularly hold meetings anyway," she says. "The aim is for families from different parts of Aston, Newtown, Lozells and Handsworth to sit down and eat together. A meal and a conversation - that's a good starting point.

"Only the other day a young man came to see me who fears for his life because he's just been housed in the wrong area, despite him explaining this. Now he's telling me he's worried he'll be shot dead on his doorstep before the summer's here. That's how serious it is."

Meanwhile, more young people knock on the window of her cupboard-like office and want help to get their lives back on track.

"Sometimes I do wonder why I gave up my paid work, but I wouldn't have it any other way - I'm too involved with it all now," she says. "But proper funding would enable us to do so much more."