'We were determined not to lose' 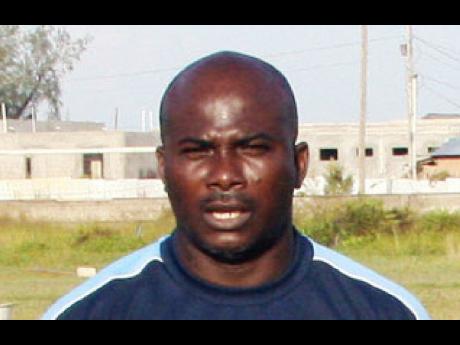 Village's spot among the elite six was threatened by St Catherine team Rivoli United, and they needed at least a draw to make their passage safe. In the end, it hardly mattered as Rivoli were hammered 4-0 at home by Sporting Central Academy, which started the round bottom of the standings.

A top-six spot guarantees automatic safety in next year's competition.

"We came here determined not to lose," said Williams. "We allowed Georges too much space in the first half, which led to the opening goal. However, that was quickly corrected in the second half."

He added: "We had to stick to our game plan as we were not aware of other results elsewhere. The guys played well."

The Portland team's captain and national defender, Jermaine Taylor, sent Georges ahead in the 44th minute, when he netted from a Dwayne Holmes corner.

Taylor, who was left unmarked just on the edge of the 18-yard box, fired a powerful right-foot shot from an angle, which was too much for Ryan Cooper in the Village goal to handle as he helped it into the roof of the net.

St Georges went on to dominate the opening minutes of the second half through Leon Irving, Donovan Davis, the overlapping Taylor and Romeo Parkes, but poor finishing let them down.

It did not take long, however, before Village started to step up their game with Dino Williams, Orlando McBayne and Troy Smith pushing back Georges into defending. And when McBayne was brought down by Holmes inside the 18-yard box in the 50th minute, the referee immediately pointed to the spot.

Smith calmly stepped up and placed the resulting spot kick to the left of goalkeeper Randal Huie to pull Village level.

Georges should have scored a second goal in the 85th minute, but poor finishing on the part of Davis denied them victory. With only the goalkeeper to beat inside the 18-yard box, he fired the ball on to the advancing custodian.

"It was a good game and although we could have won, both teams played their hearts out," said Hyre. "Once again our forwards have let us down, and that is one particular area that has to be corrected. We need to shoot with accuracy."