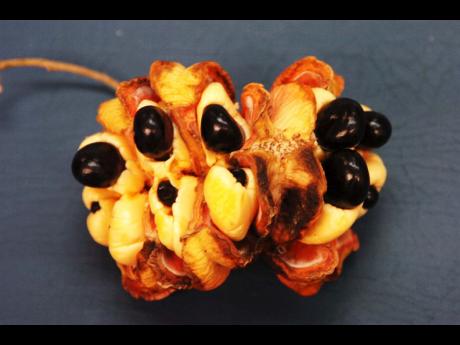 ACKEE EXPORT earnings have doubled in the past year, but sales are still below seven-year highs, an issue that processors point to, in claims that the market is performing well below its potential.

Exporters generated sales of J$1.2 billion worth of ackees in overseas markets in 2009, up from J$652 million in 2008, but processors, far from being pleased, say the figures reflect supplies that are yet to recover to 2003 levels.

Ackees fell just below yams, which was the market leader, among non-traditional crops in 2009 with exports valued at about US$13.4 million (J$1.2 billion).

However, Michael Ming, chief executive officer of Island Packers Limited, one of nine certified ackee processors in Jamaica, says exports are at 60 per cent of actual potential.

"Output has fallen to 60 per cent of what it was in 2003. Formerly, ackee could be year-round in a rolling harvest between different locations islandwide," said Ming, who is also president of Jamaica Agro-Processors Association (JAPA).

"Now, however, the product is only available in commercial quantities between the months of August to early October," he said.

The continuing practice of some harvesters bringing in the fruit before it is ready for picking is a problem the industry is contending with, he said.

Michael Pryce, director of the Ministry of Agriculture's Data Bank told Wednesday Business that estimates of ackee production in 2009 was 30,744 tonnes, an improvement over the 28,585 tonnes supplied to the trade in 2008.

Ming described 2009 as one of the better years for processors. He points to the lin-gering effects of hurricanes between 2005 and 2007, as well as what he termed, bad practices by some harvesters, as stifling the full recovery of the sector.

In December 2005, the ackee industry was adversely affected when the United States Food and Drug Administration (FDA) placed a temporary ban on importation of canned ackee.

The restriction was imposed after high levels of the toxin, hypoglycin, that is found naturally in ackee. Hypoglycin can reach dangerous levels when ackees are reaped too early.

The restriction was lifted one year later after the FDA, the Jamaica Exporters Association and US Department of Agriculture agreed on quality control measures including the creation of a sterile centralised holding area at the Plant Quarantine Facility at Norman Manley Airport in Kingston.

Processors were also expected to become Hazard Analysis Critical Control Point or HACCP-certified with nine exporters having since received the certifi-cation according to JAPA.

Ming also said his firm is operating at 60 per cent of capacity. While he described his plant as a relatively small factory, he said that if there were adequate supplies, Island Packers could produce 100 cases daily on an eight-hour shift, instead of the 50 to 70 cases it now does per day, depending on the availability of supplies.

Larger factories could do between 300 and 400 cases daily he said.

A rival to sugar, bananas

Back in 2006, agricultural academic, Karl Hyatt, presenting at the West Indies Agricultural Economics Conference in San Juan, Puerto Rico, noted that in Jamaica's case, ackees could replace sugar and bananas in earnings in light of the challenges facing those traditional crops.

Jamaica's banana export earnings, which in that year were US$13.4 million, have since fallen to US$37,000 as at 2008, following the market exit of main player Jamaica Producers Group.

But Ming says the fruit would only replace the bananas and sugar if the Jamaica invests in by-products targeted at markets beyond ethnic buyers.

"Currently, ackee in its processed form is sold to the United States, United Kingdom, and Canadian ethnic markets. The proposal that it could replace earnings of banana and sugar in its current form is a stretch. But, if we focus on the other products which we could get from ackee, we could easily quadruple earnings," the JAPA president said.

"There is research showing that the pods can be used for fertiliser, the seeds for bio-fuel. The seed is also the base of a very popular drink in South America."

Ming said there is talk in scientific circles of controlling the hypoglycin and using this as treatment for diabetes. The Scientific Research Council has done some research in this area, but much more needs to be done, he said.

The Jamaica Agriculture Society (JAS), which has invested in training farmers in ackee-reaping practices in the parishes of St Elizabeth, Clarendon and St Catherine, is pointing to improvement in harvesting of the fruit.

"We have been training farmers in good agricultural practices in order to build capacity," said Janet Pullen, JAS training coordinator in St Catherine.

The result, Pullen noted, is that processors are now buying the fruit only from the 100 JAS farmers in that parish.

While acknowledging the role of the JAS, Ming is of the view that studies need to be done to discover why some varieties of ackee fail when planted in certain locations, and what other agricultural practices might be causing repeated attempts to create ackee orchards to fail.

"The Ministry of Agriculture suggests that because of how orchards are cared for, and the failure to inter-crop orchards, they have failed," he said.

"But, in the wild, ackee trees interlock and yet bear abundantly. What we need to do is a study," he said.

While the processors and growers work to increase exports, Jamaica is facing competition in ackee exports from other Caribbean islands, as well as from Mexico, Costa Rica, Florida and Hawaii.