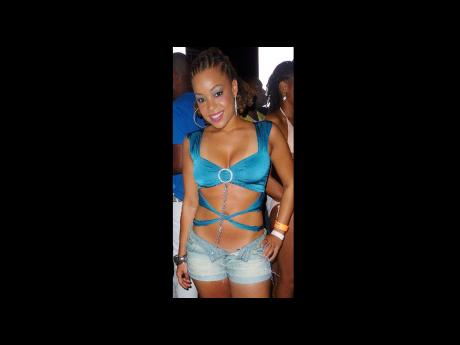 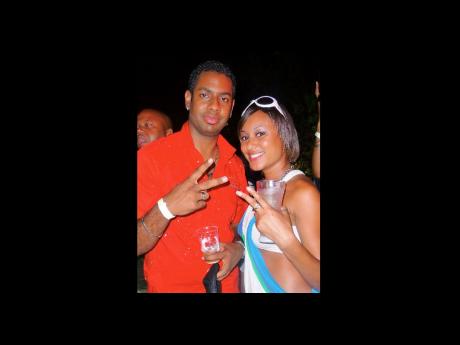 Kamal Bankay (left) and Trizan Chung strike a pose for The Gleaner at Daydreams on Sunday at Drax Hall in St Ann.
1
2

Simply put it this way: Daydreams - the beach edition, held at Drax Hall Beach on Sunday in St Ann, was off the chain.

There were certain aspects of the party, set aside the wonderful music selections, that helped make the event a more-than-memorable experience for the fashion-savvy patrons. Promoter PJ Wright showed that in order for one to organise a successful party, limitations must not take place in any pre-planning. And the indulgence was noticed for, at regular intervals, the selectors belted over the microphone, "Big up PJ, yuh go hard wid dah one yah", and they were so right.

The all-night food service was impeccable and, despite the huge crowd, there weren't any hiccups. The decór was another feature worthy of mention. The entire venue was transformed into a spectacle. Wright also scored big with parking and security, so the normal hustle and bustle, often associated with a party was absent. And, to top it all off, the selectors were outstanding. Portmore-based sound system Chromatic controlled the early juggling and effortlessly pleased its audience with songs such as Wayne Wonder's Got Somebody and Sean Paul's Get Busy.

More and more, the patrons were getting into their groove as Chromatic continued its musical daydreaming. However, Chromatic soon made way for Timeless Sound System, which started off its segment with a string of rap hits from the 1990s.

The ladies were all looking splendid. Some opted for the more skimpy approach while others left something to the imagination. They all reacted the same way, though, when Destiny Child's smash hit Independent Woman was played and the roars continued when Timeless mixed Konshens' Realest Song, Mavado's Rain a Fall and Vybz Kartel's Life We Living.

That brought an end to Timeless' impressive set, but it was another home-based selector, Crazy Neil, who brought the energy level to further heights with top guns Coppershot and ZJ Liquid still to come.

When Coppershot's DJ Cutty took over at the turntables, many persons immediately knew that things could only get better. And so they did. DJ Cutty first warned he's not Afraid A Nuh Body, then declared he was living like a Starlight. The disc jockey's remaining 20 minutes saw repeated 'forwards', as he played songs such as Aidonia's Run Uptown and Vybz Kartel's Mi Nuh Care.

ZJ Liquid's stint was decorated with the current Mavado and Vybz Kartel tracks with two of his biggest responses coming when he played Come Into My Room and Slow Motion.

Chromatic returned for another special segment. By that time, the crowd seemed to have gotten its money's worth, allowing the selector to have his own way while he played a rendition of Super Mario and the Mother's power patty advertisement.