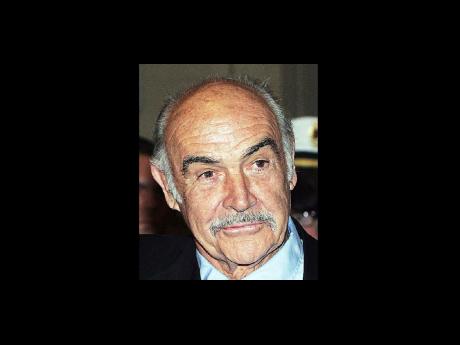 Mike Myers, in a kilt, argyle socks and sneakers, was first on the catwalk at the Chelsea nightclub space, appearing sandwiched between bagpipers from the 48th Highlanders of Canada. Al Roker was close behind in a longer kilt, paired with bright yellow socks.

But while there was a thoroughly festive atmosphere onstage, the mood became respectful when veterans from the Wounded Warrior Project appeared as models. Amputees Dan Nevins, Ryan Kules and Dawn Halfaker were among those appearing in full Scottish garb, who brought the audience to its feet.

The fashion show raises money for Friends of Scotland, a non-profit organisation founded by Connery. Proceeds were to be split between Wounded Warriors, the Paralysed Veterans of America and the Scottish equivalent group, the Erskine Hospital. A pop-up shop on Madison Avenue selling some of the items from Dressed to Kilt will be open through April 13.

Connery has been known to wear kilts for other occasions but, watching from a roped-off VIP area with Donald and Melania Trump, he opted for trousers and a turtleneck.

"I know nothing about fashion, but I'm very fortunate," Connery said. "If the clothes are halfway decent, I can wear them - as long as I stick to my diet."