Centenarian not ready to say ta-ta 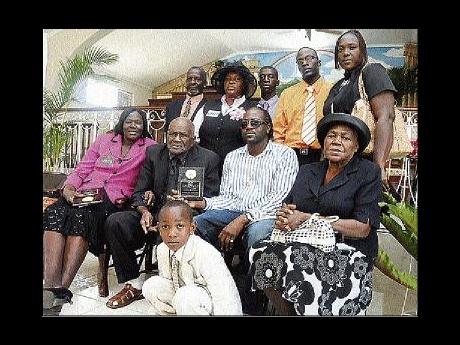 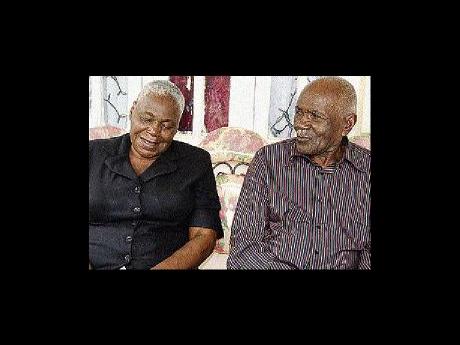 'Tata' and his daughter, 71-year-old Kathline, share a joke on his verandah.
1
2

Unlike many strong, able-bodied young men who prefer to idle, 101-year-old Joseph Alexander Morgan is lamenting his inability to work.

"I was born as a hustler, and when the body won't allow me to do something, it bothers me a lot," said Morgan, beaming.

"According to my desire, I was never a street idler like others. I born to work and I love to work. The body is just not in the best of health. The joints are weak. I am confused sometimes because I am not able to work."

Last Saturday, Morgan was the eldest of 40 members - 12 males and 28 females - 70 years old and over, who were recognised for faithful service to the Asia Seventh-day Adventist (SDA) Church in south Manchester. He was also coincidentally celebrating his 101st birthday, a rare privilege for a man, as it is women who generally make it to the century club in Jamaica.

'Tata', as he is affectionately called, is the father of five children - two sons and three daughters. He was born on April 3, 1909 in the quiet district of Farm, a neighbouring community of Asia, Manchester. He is one of two siblings who grew up without much education and decided to make a living from the soil.

"He grew every crop you could think of," said his 71-year-old daughter, Kathline. "He also grew lots of citrus, which he sold at the market for a living."

She added: "He is very nice to be around. He gives a lot of jokes and loves to talk. Sometimes he would talk until I fall asleep, but if no one is around, he sits quietly and meditate, you would think that no one is in the house."

Mention the name Tata and the words 'kind', 'caring' and 'hard-working' will come from the lips of church and community members in Asia.

"His eyes were on us as children that we do the right things as we grew up," said Ezra Fider, a former neighbour of Tata and an elder at the Asia church.

"He is one of the kindest human being, who never spared anything to share. My brother and I would wonder if he would ever have enough to give everybody, because he was so kind," Fider added.

Like so many Jamaican centenarians, Morgan credits his longevity to his diet.

"God keeps me. I still enjoy my yellow yam, sweet potato, banana and dumpling now and then," he said.

Morgan does not suffer from the lifestyle illnesses that are common among people his age, and even much younger.

"His main problem is his knees," said Kathline. "He can still walk by himself with a stick and does not suffer from diabetes or pressure like me. He does a medical check-up every three months and the doctor is always quite pleased with the result."

A touch from God about 38 years ago, through inspirational music Tata heard at the Asia SDA one Friday evening, led him to his neighbour Rosetta Fider. Subsequently, he became a member of the church.

One habit Tata had to give up on conversion was smoking.

"From the first day I went to church and returned for lunch that day, I looked at the pipe and it's like the pipe said, 'Si mi yah,' and I said, 'Wait little fus,' and from that day I told it 'wait little fus' I have not smoked again."

Thomas Rose, pastor of Asia SDA, said Morgan, who lives near the church, can recall who preaches each Sabbath.

"He has a special seat where he sits at home and listens to the sermons and song services when he is not able to attend church," said the pastor.

Tata is looking forward to many more sermons and songs for many years to come.