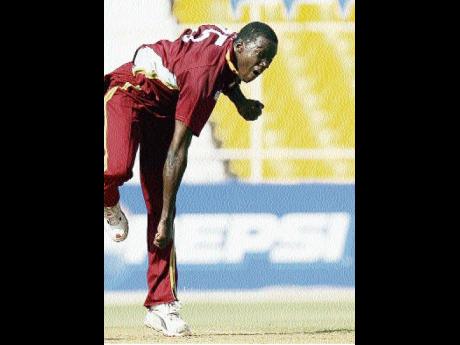 Injury-prone pacer, Jerome Taylor, has been included in a 13-man squad for the Supreme Ventures Sports Betting Jamaica Cricket Festival, a move aimed at getting the Jamaican, match-fit for the World Twenty20 Cham-pionship starting later this month.

The 25-year-old Jamaican, along with former West Indies captain Ramnaresh Sarwan, is returning to the regional squad following a long period out with injury.

Taylor has not played serious cricket since breaking down, after bowling nine overs in the first innings of the opening Test against Australia in Brisbane last November.

Sarwan, meanwhile, played the last Test of that series, but aggravated a back injury that kept him out of the return one-day international tour Down Under and all but one match of the WICB first-class championship this year.

Both players, recently named in the T20 squad for the April 30 to May 16 tournament, will grab the upcoming series to finally get much required match practice.

The Festival in Jamaica, which will run from April 3-17, involves hosts Jamaica, Ireland and Canada and will feature action in two one-day internationals, six Twenty20 matches and one 50-over match.

Leeward Islands seamer Lionel Baker has been recalled for the first time since the ODI series against India in the Caribbean last June, while stylish Trinidadian left-hander Darren Bravo has been included, after being overlooked for the T20 World Championship.

West Indies play their first match on Saturday when they clash with Canada at the Trelawny Multi-purpose Stadium.