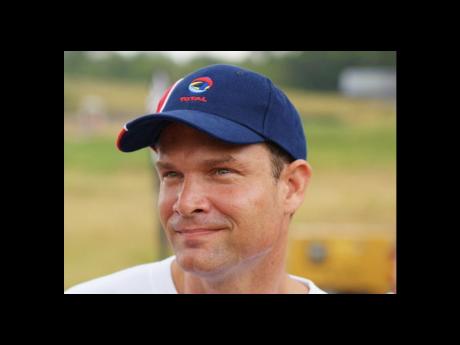 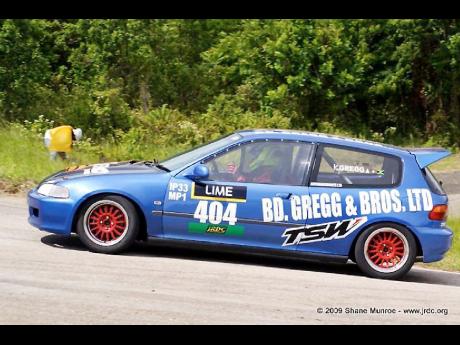 As the old saying goes, 'the apple never falls far from the tree'. Given happenings on the motor racing circuit, a more appropriate phrase could not have been coined for David Summerbell and Kyle Gregg, who absolutely dominated the LIME-sponsored 'Carnival of Speed' race meet, held at the Dover Raceway, St Ann, on Easter Monday.

Both drivers have followed in their fathers' footsteps. Kyle's father, Gary Gregg, is currently rated among the top rally drivers in the Caribbean, while David's father, David Summerbell Sr. (deceased), has been embedded in the hearts of diehard motorsports fans as one of the legends of the sport.

On Monday, David and Kyle gave flashing memories of their father. Summerbell won four races, the two Thundersport events and two MP 3 races; while young Gregg took a double in the MP 1 and IP 33 Classes. He also finished third in one of the Thundersport races.

"It was just a great day for me, the car was superb," noted Summerbell, who is looking forward to defending his regional title at the first leg of the Caribbean Motor Racing Championship (CMRC), which is schedule for May 24.

Apart from his firm belief that it was the Total fuel and lubricant supplied by his sponsors that worked for him, Summerbell also lifted his hat to the team which helped to prepare his Total/ Mitsubishi Lancer Evolution.

With the over 7,000 fans screaming off their heads, Summerbell and Doug Gore pro-vided some thrilling entertainment, battling for the lead, lap after lap.

Gregg, who attended school in Canada, demonstrated that he is the one for the future. In one of the events, he started at the back of the pack and lap by lap he overtook his rivals until he finally caught up with the race leader, Peter Jaggon, whom he easily disposed of to win.

"The car which was prepared by Xavier Murray and NG Racing was in good shape and I was driving pretty good," said Gregg.

"The race meet was a tremendous success," said Jardine. "The races were competitive, plus we had a record crowd attendance. It was a carnival-like atmosphere, the VIP areas were packed, vendors had a good day and the crowd enjoyed the music."

Among the other drivers who looked good were Allan Chen, Brian Foster and Dean Corrodus.