Budget debates of the '70s 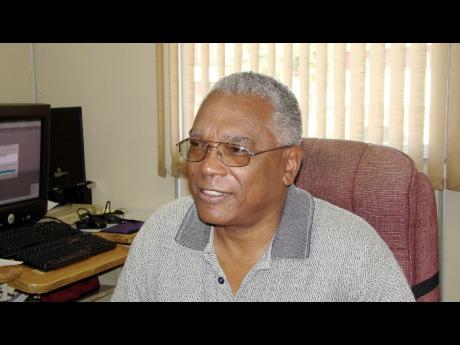 The formal Budget debate that follows the official opening of Parliament each year is used not only to present numbers but as an indicator of the policies, plans and tactics that either side will be pursuing to fulfil their mandates to govern or oppose.

It can also be quite a spectacle, as the formal opening provides a splash of colour and ceremony, and a touch of populism as the members of parliament march along Duke Street acknowledging the organised cheers and sometimes raucous greetings of their supporters.

The parade provides an eyeful for onlookers, although regular parliament watchers over the years still reminisce about the unbeatable sartorial splendour of a Bustamante striding towards Headquar-ters House in full length morning suit and top hat, the quiet elegance of a Norman Manley in his traditional three-piece, and the plumage of the uniforms of the Grand Cross worn in the earlier days of Independence by governors general, Sir Clifford Campbell and Sir Florizel Glasspole.

A pattern developed during the 1960s of attaching a name to each Budget. This habit faded in the 1970s, with little time for such niceties as that decade was played out on a platform of sharp political divisions that came to the fore with the start of each financial year.

The first Budget exercise of the new People's National Party government elected on February 29, 1972 got off to a rather bland start on June 29 with Finance Minister David Coore giving what analysts described as "a staid résumé of national housekeeping".

It was nicknamed elsewhere the austerity budget, and although Hugh Shearer and Edward Seaga immediately attacked the price freeze proposals introduced by the Prime Minister, the Opposition took most of the 'better must come' jabs on the chin for this first round.

It was left to Prime Minister Michael Manley to light up the House with a typical marathon speech, presenting new proposals for development, austerity, and taxation with his usual charisma and eloquence.

The pace picked up with Coore's first full Budget in April 1973. That debate was to mark the opening of an era of sharp confrontation between the two parties with no quarter given at Budget time.

The battle lines were being drawn and announcements of wide measures of increased taxation led Seaga to charge that the government was on a collision course with bankruptcy.

It was Manley however who again stole the show with his dramatic announcement of free education, said to have taken even his Cabinet by surprise. It was hailed in the press as a plausible blueprint for massive social change, and prompted Opposition spokesman on education, Edwin Allen, to cross the floor and shake the prime minister's hand. "You can stay over there," quipped Shearer during the exchange.

'Bauxite to finance the future' proclaimed The Gleaner headline as Coore opened the 1974 budget debate on May 16 with the announcement that additional earnings to be had from the recently legislated bauxite levy would ease the balance of payments crisis and allow relief from some import restrictions.

The euphoria of the day was carried over into the social spectrum as Manley announced that National Minimum Wage talks were to begin and the length of the working day to be adjusted.

The figures did not add up for the Opposition and Seaga, critical of the inflation rate, labelled the economic situation as 'stagflation'.

Increased taxes on the old favourites of liquor, cigarettes, road license and travel, featured prominently in the budget estimates presented on May 15, 1975.

The announcement was startling in some quarters: "with immediate effect the cost of a drink of rum will rise from 15 cents to 18 cents, and beer 28 cents to 31 cents per bottle."

And the promised salary increases to government servants were postponed - teachers, nurses and others would have to wait until the next financial year.

That aside, Manley's announcement of a new era of legislated worker participation and the participation of students in the administration of secondary schools signalled the unquestioned and unapologetic march towards the advent of democratic socialism.

The fireworks of the 70s had begun, with Seaga declining to make his Budget response in the House, and taking his formal presentation to the Pegasus hotel.

Lance Neita is a public relations and communications professional. Comments may be sent to columns@gleanerjm.com or lanceneita@hotmail.com.