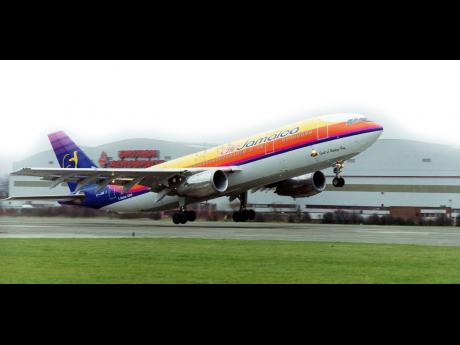 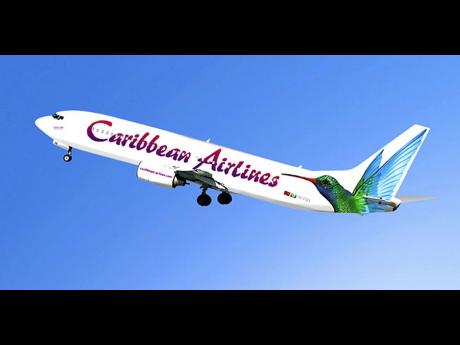 The planned transition of Air Jamaica to Caribbean Airlines has been set back for 18 days, leaving the cash-strapped carrier in even more trouble.

With advanced booking down to a trickle as travellers adopt a wait-and-see posture, the airline could face serious cash flow problems because of its failure to meet the April 12 deadline as scheduled.

Employees of the airline, who also expected to get redundancy payments next Monday, will have to wait a while longer because of the delay, which has seen the start of the transition period shifted to April 30.

The transition is expected to last for six to 12 months before Caribbean Airlines takes full control of the profitable Air Jamaica routes.

Airline insiders yesterday told The Gleaner that the delay in finalising the deal was linked to the Government's failure to secure an agreement with the United States Department of Transportation (DOT) for Air Jamaica to continue flying to that country during the transition period.

There has been no official confirmation of this from government officials, but the industry insiders were adamant that until an agreement was reached with the DOT the Jamaican Government could not relinquish the controlling interest in the airline.

Yesterday, Information Minister Daryl Vaz downplayed the impact of the delay in arriving at a deal with the DOT, even as he admitted that aspects of the negotiations were still to be completed.

"I wouldn't say that all is set. What I would say is that, based on the report that we got at Cabinet, it is far advanced, but there are still some issues to be worked out," Vaz told the weekly post-Cabinet media briefing.

"There is a team, as we speak, in Washington, dealing with that particular matter, and based on the report that came to Cabinet (on Tuesday) by (Transport) Minister (Mike) Henry, the discussions are going very, very well and we don't see any problems in terms of the transition between Caribbean Airlines and Air Jamaica," Vaz added.

The Air Jamaica Divestment Team also avoided any mention of the delay in agreeing a deal with the DOT, even as it confirmed that the transition date had been shifted.

According to Air Jamaica's chairman, Dennis Lalor, the two parties agreed to the extension in an effort to ensure that sufficient time was devoted to completing the negotiations, which would result in the Air Jamaica and Caribbean Airlines route networks being combined.

"The extension is also intended to ensure a seamless launch of the operations into the transition period," Lalor said.

"As is expected, with transactions of this nature, they are very complex and require extensive attention to detail. Jamaicans can rest assured that the details being worked out in respect of these negotiations are designed to ensure that the best possible arrangement is made for Jamaica and Jamaicans," added Lalor.

He was supported by Bruce Nobles, the president of Air Jamaica, who sought to assure customers that the airline would continue offering quality service during the transition period.

"In simple terms, our customers and stakeholders will not see any visible difference in the airline or its services during the initial transition period, as Jamaicans, visitors, shippers and travel partners can continue to book on Air Jamaica with confidence," Nobles said.

"As Air Jamaica's routes are absorbed by the Caribbean Airlines operation over the next year, the combined network will provide significant added value and benefits to our customers and partners," added Nobles.

Air Jamaica will continue to provide service from Jamaica on the New York, Fort Lauderdale, Toronto, Baltimore, and Philadelphia routes during the transition period.

Finance Minister Audley Shaw is expected to provide details on the government's plan to make the redundancy payment when he opens the Budget Debate today.